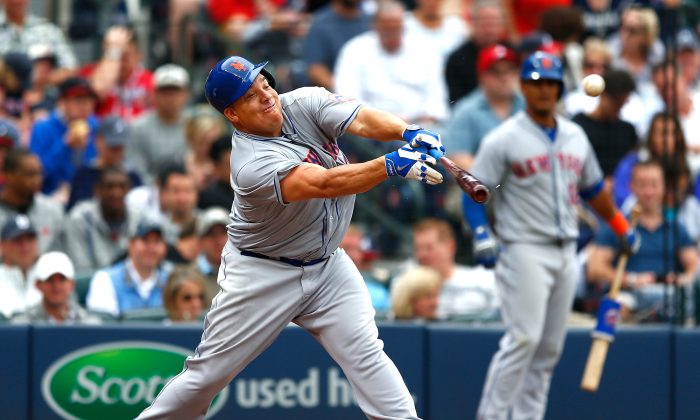 Without the DH rule we wouldn't get to watch Bartolo Colon attempt to hit. (Kevin C. Cox/Getty Images)
Baseball

Baseball is a strange game.

It’s the only sport where the dimensions of the outfield and foul grounds vary from stadium to stadium. (Imagine if the NFL allowed that? Bill Belichick would have a field day.)

In addition, baseball is the only part of sports—make that real life—where left-handers actually have an advantage. Think about it. Since they bat on the first-base side of home plate, they have a shorter run to first. On the mound, they have a huge advantage in picking off the runner at first. (FYI, right-handers conversely would have an advantage picking off the runner at third, but since no one steals home it doesn’t matter.)

Maybe the weirdest advantage, though, is something we’re all used to but may soon change.

The American League has been using the designated hitter since 1973, while the National League has yet to adopt it—though there’s been a recent push to make the NL conform to the AL. (How Major League Baseball has allowed its two leagues to operate independently is a whole other story.)

Before interleague play was introduced in the 1990s, this wasn’t as noticeable because the only times the leagues played were in the World Series and the All-Star Game exhibition. Now with interleague play a daily part of the game, it’s an issue. Or is it?

As it stands, having one league use the DH and the other not makes for a vastly different game played within the same sport—all depending on which ballpark the game is being played at.

In the NL, since pitchers are generally weak hitters, the opposing pitcher knows he has a near-guaranteed out when he gets to their spot in the lineup—usually 9th. Oftentimes, if there are two outs and runner(s) on, the 8th (and possibly 7th) batter will be walked intentionally to get to the pitcher’s spot for the easy out.

Of course, this is well-known by both managers. And so it becomes a chess match of sorts in deciding when to substitute the starting pitcher for a pinch hitter, when (or if) to make a double switch, and all with a limited number of hitters and pitchers who can be brought in.

The other game, played in the AL, may not be the same chess match—but that doesn’t make it any less compelling.

Four of the Strangest Plays in Baseball History

While the NL is all about balancing when to substitute a pitcher based on that pitcher’s importance on the mound versus competence at the plate, the AL is about power versus power. Starting lineups are much more formidable, and the pitcher generally has a harder time getting through the lineups unscathed.

The DH rule not only makes the matchups better overall, it allows teams to rest players—namely catchers—without taking their bats out of the lineup. In addition, players who are too injured to take the field—but can still hit—can stay in the lineup at the DH spot.

One game, played two different ways, in the same sport. Yet both are entertaining. Let’s leave it that way.