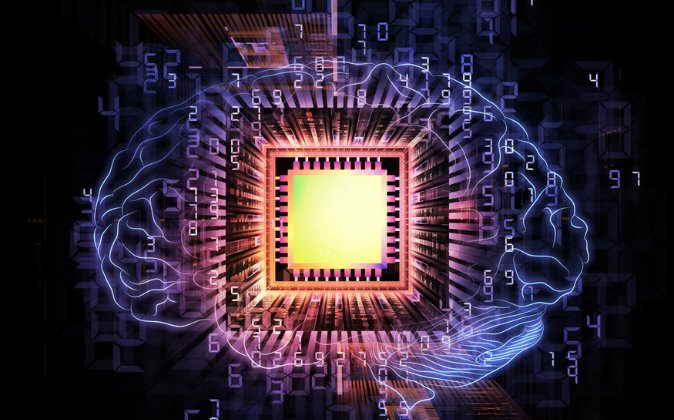 It is a humbling thing in this era of advanced science to realize that the human brain remains an enigma.

Furthermore, as we spend millions of dollars on developing huge supercomputers and use enormous amounts of energy (fueled by non-renewable resources) to power our devices, the comparatively tiny, efficient, and affordable human brain outperforms the best computers in many ways.

It takes 82,944 processors and 40 Minutes for a supercomputer to simulate a single second of human brain activity.

Last year, the K supercomputer was used by researchers at the Okinawa Institute of Technology Graduate University in Japan and Forschungszentrum Jülich in Germany in an attempt to simulate a single second of human brain activity.

Though the computer succeeded in simulating one second of brain activity, it took 40 minutes.

The K supercomputer was the fastest computer in the world in 2011. It can process 10.51 Petaflops per second (Petaflop/s), which you can understand as about 10,510 trillion calculations per second. Since advancements in technology move fast, we’ll put that in perspective for 2014. The K supercomputer is currently the fourth fastest computer, with the Tianhe-2 in first place at 33.86 Petaflop/s (33,860 trillion calculations per second). So we’ve tripled the processing power of our most advanced computer in three years.

A study led by Martin Hilbert of the Annenberg School of Communication at the University of Southern California and published in the journal Science in 2011 assessed the world’s ability to compute information. Hilbert put it this way: “To put our findings in perspective, the 6.4*1018 instructions per second that human kind can carry out on its general-purpose computers in 2007 are in the same ballpark area as the maximum number of nerve impulses executed by one human brain per second.”

Your brain is so cheap, it’s free.

Rare birth defects aside, we’re all born with brains, and they fit right in our heads! The Tianhe-2 cost about $390 million to build, according to Forbes. At peak power it draws more than 17.6 megawatts of power, and the computer complex covers about 2,300 square feet (720 square meters). Some other supercomputers, deemed energy efficient, consume about 8 megawatts.

To put that in perspective, one megawatt equals 1 million watts. A 100-watt light bulb draws 100 watts as soon as it is turned on, since “watt” refers to the power used instantaneously. So the fastest computer in the world draws as much power as 176,000 light bulbs.

Of course, the brain requires power too. The energy comes from food, which, in our modern agricultural system burns fuel.

While the computers we use in daily life can be quite useful, some experts have expressed doubt about the usefulness of supercomputers.

The South China Morning Post reported in an article about the Tianhe-2, which is located in China: “Unlike home computers that can handle various tasks, ranging from word processing to gaming and web browsing, supercomputers are built for very specific purposes. To exploit their full computational capabilities, researchers have to spend months, if not years, writing or rewriting software codes to train the machine to do a job efficiently.”

MORE: We May Be Living in the Matrix, Says Engineer

A senior scientist at the Beijing Computing Centre, whom the Post did not name, said: “The supercomputer bubble is worse than a real estate bubble. A building will stand for decades after it is built, but a computer, no matter how fast it is today, will become garbage in five years.”

How does your brain’s bandwidth compare to a modem?

Delimiting a measure for the processing speed of the human mind has been attempted by multiple scientists. The figures they’ve come up with have varied, depending on the approach. Comparing the bandwidth of a modem with the “bandwidth” of a brain is not an exact science.