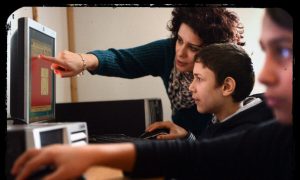 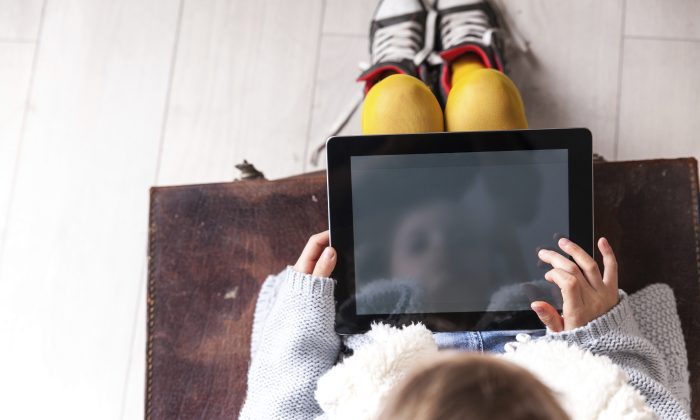 Tablets are ubiquitous in schools. But a new study suggests they can’t replace experiments with real-world objects when it comes to helping kids learn.

Researchers designed an experiment to see if 92 children ages 6 to 8 years learned more from a mixed-reality (combining physical and virtual worlds) or screen-only educational game, and the effect that adding a physical component (like shaking the screen) had on the students’ enjoyment of the activity.

The Trouble With Tablets

The findings were presented at the recent Association for Computing Machinery’s Conference on Human Factors in Computing Systems (CHI2015).

In the experiment, students played one of four versions of “EarthShake,” a learning game that uses a friendly gorilla and towers made from blocks to teach students scientific thinking and basic physics principles like stability and balance.

The original mixed-reality version of the game includes an earthquake table, the towers, and a projected video game synchronized with the real world via a Kinect depth camera sensing and a specialized algorithm. At the beginning of the game, the gorilla asks the students which of two towers on the earthquake table in front of them will fall first, and the students use a mouse to select the tower on the projected interface.

After collaboratively discussing why they think the tower will fall, the students use a mouse to press the shake button on the projected screen, and an experimenter activates the earthquake table with a switch. Once the tower falls down, the game recognizes the results in the real world and gives interactive feedback accordingly.

If the students chose the correct tower, the gorilla congratulates them and asks them why they think it fell. If they’re wrong, the gorilla nicely tells them so. Both groups then select the reason why they thought it fell from a list of possible explanations.

The researchers—Nesra Yannier, a PhD student at the Human-Computer Interaction Institute at Carnegie Mellon University; Ken Koedinger, professor of human computer interaction and psychology; and Professor Scott Hudson—developed three variations on the original game to explore how physical interaction affects learning, how enjoyment affects learning, and if enjoying the exercise leads to enhanced learning.

In the final variation, students played the screen-only version on a tablet, and could shake the tablet at earthquake time. Testing was done both before and after the game to measure learning.

The final analysis shows that the mixed-reality game improved learning by almost five times more than the screen-only alternatives, both in the mouse-controlled and physically controlled conditions.

Not only that, but students enjoyed the game more in the mixed-reality conditions. They also determined that simple physical controls like shaking the tablet or pushing the earthquake button did little to improve either learning or enjoyment of the game.

“Mixed-reality games that support physical observation in the real world have a great potential to enhance learning and enjoyment for young children,” the researchers say.

They plan to extend their mixed-reality game to different content areas to create a new educational system that bridges the advantages of physical and virtual worlds to improve children’s science learning, understanding and enjoyment in a collaborative way.