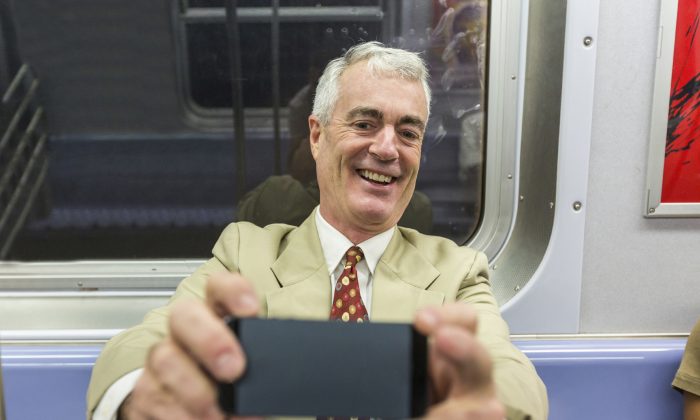 The year was 1976. New journalism writer Tom Wolfe coined the term the “Me Decade” to characterize the unprecedented sharing, self-disclosure, self-centeredness, and sheer self-importance that was starting to be displayed by everyday people. “Let’s talk about ME” he joked, the most important person in the room!—referring to the new cachet of narcissism that was starting to be bestowed on every citizen by the self-esteem and human potential movements.

Except for a few public or sports figures like Muhammad “I’m the greatest” Ali, calling attention to yourself, let alone your skills, talents, and achievements was uncommon and unseemly 40 years ago. As New Orleans musician great Allen Toussaint who passed away in November reflected on his website when discussing his characteristic low profile, “I’m not accustomed to talking about myself.” People who came of age in the 1960s and 1970s were not accustomed to talking about themselves like people do now.

I’m not accustomed to talking about myself.
— Allen Toussaint, New Orleans musician

Many were children who were brought up to be seen and not heard and turned into self-effacing adults who were seen and not heard. (In those days there were debates in high school and junior high about whether it was appropriate for a “girl to call a boy”? The answer was yes if she had a good reason. What would they have thought about “sexting”?)

There were many unsaid but well-known rules about how to act among peers back then—sometimes called “going along to get along.” You didn’t brag, self-aggrandize, or act “stuck on yourself.” You didn’t try to be the center of attention. You didn’t disclose overly personal information. You didn’t kiss and tell. And, perhaps most important of all, you didn’t use people—pretend to like someone because his brother was cute or he had connections to the casting director for school plays.

Baby boomers wanted to be liked, admired, revered, and respected as much as the following generations—but the trick was that other people had to reach those conclusion on their own.

Baby boomers wanted to be liked, admired, revered, and respected as much as the following generations—but the trick was that other people had to reach those conclusion on their own. You couldn’t “lead the witness”—buy twitter followers, so to speak. If a baby boomer had charm, looks, or talents, was a true friend to her friends, was good in sports or academics, and had humility, she had a good chance of being popular. Key word—chance.

To baby boomers who grew up with those social rules, online trumpeting of accomplishments, personal photographs, and YouTube videos starring YOU feel awkward and conceited. Nor are boomers comfortable pretending to like someone and following them just so they will do the same in return.

And speaking of using people, if a boomer signed a petition or liked a product or service, she would never give the names and personal information of friends for the group or company to contact (“your friend likes us”). It would be an invasion of privacy.

Of course, the term “friend” itself has changed through social media. A few years ago a Facebook friend-rich New Yorker wrote that he invited his FB friends to a bricks and mortar nightclub to see how many could or would turn three dimensional. Any guesses? No one showed up. Maybe it was raining.

Many have heard the Andy Warhol prediction that everyone would soon be famous for 15 minutes. Tom Wolfe predicted a similar thing—that thanks to “Let’s Talk About Me,” culture everyone would be a star. A quick trip to the bookstore confirms his prediction. Once upon a time, a “biography” connoted a book about someone you had heard of or a notable historic or cultural figure. Now the “biography” section has become the “memoir” section populated by authors whose main claim to fame is that they wrote a memoir.

The unbridled self-promotion fostered by social media is not just seen with everyday people. It is seen in politics. Can anyone remember a slate of presidential candidate so unafraid to tell you how great they are? Humility be damned? Or, in the words of Muhammad Ali, “I am the greatest! I’m the greatest thing that ever lived.”