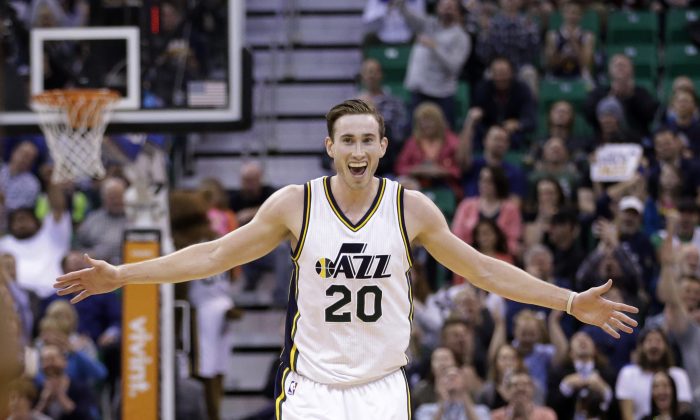 Why NBA Strength of Schedule Can be Misleading

The strength of schedule is an important factor as the NBA season nears the end and the playoff races heat up, but can be misleading due to significant changes since the All-Star break.

The Utah Jazz, ranked as a sub-.500 team due to their overall record, are the hottest team in the league, on a six-game winning streak and winners of nine of their past 10 games.

The Denver Nuggets, another sub-.500 team, are 6-3 since interim coach Melvin Hunt took over.

The Indiana Pacers and Boston Celtics, two other sub-.500 teams, are 9-3 and 6-5 since the break. One or more of these teams have knocked off the Atlanta Hawks, Golden State Warriors, Cleveland Cavaliers, Memphis Grizzlies, Chicago Bulls, San Antonio Spurs, Houston Rockets, and Milwaukee Bucks–all teams slated to make the playoffs.

Eliminated from playoff competition, the Nuggets are playing the role of spoiler for teams vying for position or even to get into the playoffs, like the New Orleans Pelicans.

The Jazz have a similar role, though their stunning streak has pulled them within 6.5 games of a playoff spot. Expect Utah to be very good next season.

The Pacers and Celtics are also playing a spoiler role, but are also fighting for playoff spots at the bottom of the weaker Eastern Conference.

All four of these teams are dangerous and represent very different prospects than opponents faced earlier this season.

Some other teams have improved since the All-Star break as well, to a lesser degree, including the Miami Heat, Charlotte Hornets, and Sacramento Kings.

That’s why some strength of schedule presentations can be somewhat misleading. Some elements in the equations are stable, such as ranking home games over road games. But most opponents are not truly represented by their winning percentage, especially this late in the season. No one wants to face the Jazz right now. Just ask the Hornets, after Utah slammed them 94-66 on Monday.