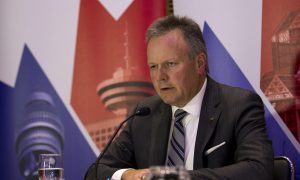 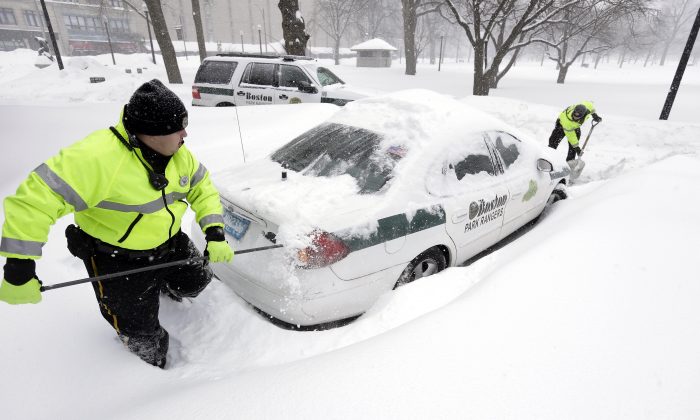 To most people, it’s not news there is bad weather in winter in most parts of the country. To some economists, it is.

On the March 17, Deutsche Bank chief economist Joseph LaVorgna reduced his estimate of first quarter GDP from 3.1 percent to 2.4 percent—and still missed the mark by miles.

On Friday, the second estimate for first quarter GDP growth came in at -0.7 percent and LaVorgna thinks it’s all the weather’s fault.

“Recent research by the San Francisco Fed shows that the trend of weak Q1 output growth over the past several years can be largely explained by residual seasonality in the seasonally adjusted GDP data,” he wrote in a report.

Translated into English, this means that the already sizeable adjustments for seasonal factors (weather) are not enough. Anybody who cares enough to really want to understand that even official GDP reports are little more than guesstimates should read this excellent primer by John Williams of Shadowstats.

So LaVorgna doubly seasonally adjusted the number and thinks that underlying GDP actually would have grown 1.2 percent, if it wasn’t for the weather and other seasonal factors.

However, both the Bureau of Economic Analysis (BEA) and LaVorgna himself prove him wrong.

“The downturn in the percent change in real GDP primarily reflected a deceleration in private consumption expenditures and downturns in exports, in nonresidential fixed investment, and in state and local government spending,” said the BEA.

Apart from consumption, none of these items are related to the weather. LaVorgna tweets new exports and inventories were the main sources.

Net #exports and inventories were the main sources of the -90 bps revision. The former subtracted a massive -190bps from Q1 #GDP

One could argue that trade (exports) is seasonally weaker in winter, but one would be mistaken. Since the middle of last year, the dollar has appreciated considerably against the euro and other major trading partners, thus making American exports more expensive. Economic stagnation in China, Europe, and Japan as well as Brazil have slowed demand further.

And while imports increased by 5.6 percent over the year, signaling Americans are making use of the dollar strength and buying cheaper foreign goods, they are growing much slower than the 10.4 percent in the fourth quarter of 2014, which means that real demand is slowing versus an ever rising dollar.

So if it’s just the weather, we should expect a big rebound in the summer right? The most accurate predictor of GDP to date warns us of a different scenario.