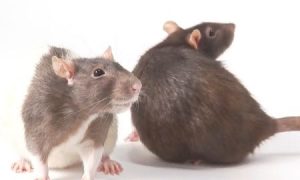 Do Animals Have a Sense of Humor?
0
Share Now
TelegramFacebookTweetEmailTellMeWeReddit
Copy Link 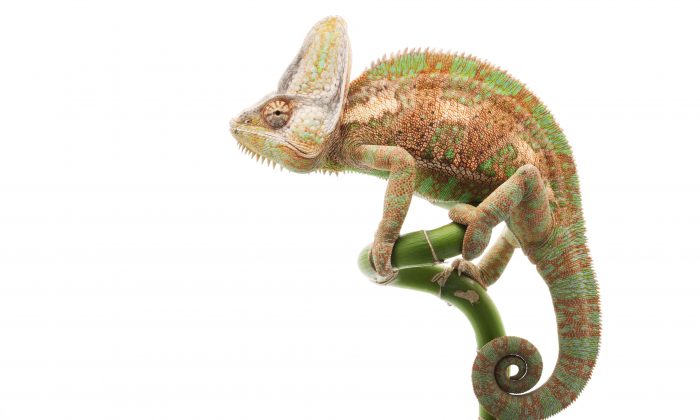 The chameleon (Chamaeleo calyptratus) is a cold-blooded animal. (Shutterstock*)
News

Animals have evolved to occupy almost all corners of the Earth. To survive, no matter the weather outside, they all need temperature-sensitive bodily reactions to work. This is easy for warm-blooded animals, such as humans, because they have the ability to maintain their body temperature.

But cold-blooded animals can’t do that. When the weather changes and the mercury swings one way, their cells get exposed to that change in temperature. Yet cold blooded animals survive just fine. Michael Welte, associate professor of biology at the University of Rochester, may have just discovered how. His team’s findings have been published in the Journal of Cell Biology.

At the molecular level, the key to survival is to ensure that proteins are being made at the right time and in the right amount. To do that every cell in the body has an assembly line. This is partly driven by motor proteins, which act like cargo trains delivering the messenger molecule RNA that comes from DNA located in the cell’s nucleus. RNA needs to reach the end of the assembly line where special organelles, called ribosomes, decode the message and make the protein.

“We have found a molecule that keeps protein production balanced when temperatures change,” said Welte. “It happens to do so by controlling cellular transport.”

Theirs was a serendipitous discovery. They were studying fruit flies, which happen to be cold blooded, when they found that making some proteins is difficult for the flies when temperatures change.

As temperatures fall, the protein assembly line slows down more than the cargo trains. This creates an imbalance where, when the motor proteins reach the ribosomes, if the messenger RNA molecules are not used up immediately, they could be lost forever. This could throw the cell completely off-balance, stopping protein synthesis altogether.

But Welte found a special protein, called Klar, that keeps the balance intact. Klar behaves like the emergency brakes of the cargo trains. As soon as the mercury level falls, Klar slows down the motor proteins carrying messenger RNA molecules. Now that the pace of delivery of the blueprints matches the rate of making proteins, the assembly line stays balanced.

In fruit flies, Welte found that the protein assembly line balance is especially important for making a protein called Oskar. Egg cells, from which a fruit fly will hatch, produce Oskar. In the egg cell that still has not decided its orientation, Oskar accumulates and defines where the posterior end will be. The posterior end of the cell will later give rise to the tail after hatching. If Oskar is not made properly that the eggs will not be able to hatch.

When Welte used genetic tools in fruit flies to remove Klar from the cell, he found that losing Klar had no effects on the baby flies that hatched at normal temperature. But as soon as the temperature was lowered, the eggs could not hatch. Development of the fruit fly is completed at colder temperatures only when Klar is present in the egg cell.

Klar is found in all insects in the animal kingdom, where Welte thinks that Klar might be playing a similar role. It would also be interesting to find a similar protein in other cold-blooded animals.

Body temperature in humans does not fluctuate as much as it does in flies. But, with fevers and other conditions, our cells could be exposed to fluctuations in temperature as well. Welte speculates that a similar mechanism could be taking place in our cells as well, keeping our protein production stable. “While we don’t have the Klar protein in our cells, the mechanism for producing proteins is very similar,” Welte said.

Anwesha Ghosh does not work for, consult to, own shares in or receive funding from any company or organisation that would benefit from this article, and has no relevant affiliations. This article was originally published on The Conversation. Read the original article.

*Image of “Chamaeleo calyptratus” via Shutterstock