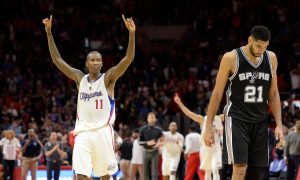 The Spurs Dynasty: Is It Over?
0
Share Now
TelegramFacebookTweetEmailTellMeWeReddit
Copy Link 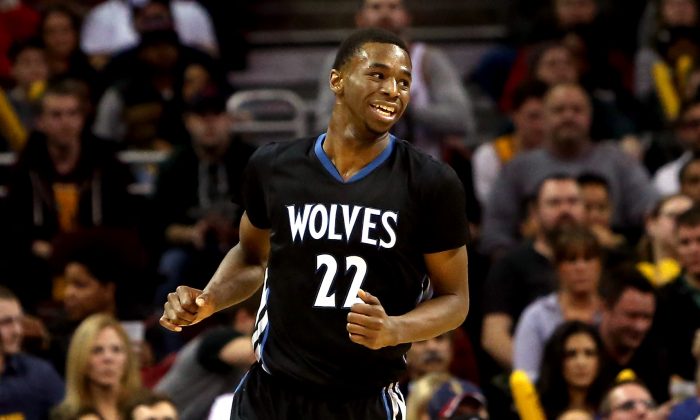 Andrew Wiggins of the Minnesota Timberwolves was a unanimous pick for Rookie of the Year. (Mike Lawrie/Getty Images)
NBA

Generally speaking, it takes at least a year to judge a trade—especially one involving a rookie who has yet to make his NBA debut.

That said, there is little that can happen between now and August 23rd—which will be the one-year anniversary of the Andrew-Wiggins-for-Kevin-Love deal—to change my mind that the Timberwolves got the better end of this one.

What Cleveland can do to somewhat salvage this deal is re-sign the big man this summer. But the fact that the three-time All-Star was generally their third option on offense—and put up his worst numbers in five years—may make for some tricky negotiations.

Besides, the Cavs got past the Bulls in the second round without him, and should they get past Atlanta and into the Finals, his name may become a footnote to a successful season.

Forgetting how well Love fits—or doesn’t fit—with Cleveland, though, the Cavs missed out on the talented Wiggins, who was the unanimous pick for Rookie of the Year, and that’s why this deal hurts.

As a rookie, the Kansas product (who didn’t turn 20 until February) averaged 16.9 points and 4.6 rebounds per game while displaying the defensive talent that should land him on the All-Defensive team a few times before his career is over.

To put it in perspective, Love averaged 11.0 points and 9.0 rebounds a game as a similarly aged rookie for the same hapless Timberwolves six years ago.

This isn’t to say that Love, now 26, is worse than Wiggins. But the long-term projections would favor Wiggins, who is six years younger, excels at both ends of the court, and is much less expensive than Love—who’ll likely be seeking a max deal this summer.

Even if the Love/Wiggins debate is too close to call now, Cleveland had to throw in a future first-round pick (top-10 protected through 2016) to seal the three-team trade that also included Philadelphia.

At the very least, the Cavs could have put Wiggins on the floor with LeBron for a while to see how really good he was before pulling the trigger for a player who had few other known suitors.

Trading veterans for recently drafted prospects has always been a risky situation, though.

In the summer of 1996, the Lakers dealt veteran center Vlade Divac to Charlotte for the draft rights to high school star Kobe Bryant—the 13th pick in the draft. Although Divac was a solid center wherever he played, Bryant quickly turned into a megastar, leading Los Angeles to five titles while bringing home the 2008 MVP Award.

In the summer of 2007, Seattle dealt star guard Ray Allen to Boston in a draft-day trade for the fifth overall pick—Jeff Green. While Green has been a solid forward, the 10-time All-Star Allen helped Boston to the 2008 NBA title during his successful five-year run in Boston.

If Love comes back next year and helps the Cavs to a title, then we’ll all forget how they overpaid for him. But that seems like a long-shot at this point.