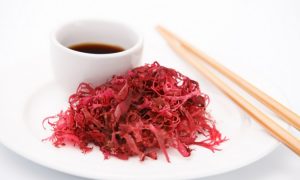 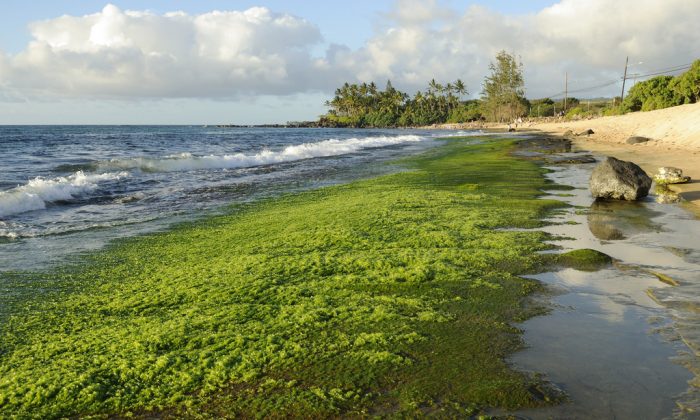 Wastewater treatment facilities currently have no cost-effective way of removing large volumes of nitrates or phosphorus from treated water, so algae production with wastewater has the potential of solving two problems at once, says Evan Siemann. (Daniel Ramirez, CC BY)
Environment

Scientists are among the first to investigate using city wastewater as a feedstock for algae-based biofuels. They report that they could easily grow high-value strains of oil-rich algae this way, while removing more than 90 percent of the nitrates and over 50 percent of phosphorus from the wastewater at the same time.

The findings, based on a five-month study at a wastewater treatment facility in Houston, are available online in the journal ALGAE.

“Biofuels were the hot topic in algaculture five years ago, but interest cooled as the algae industry moved toward producing higher-value, lower-volume products for pharmaceuticals, nutritional supplements, cosmetics, and other products,” says Meenakshi Bhattacharjee, who joined Rice University’s biosciences faculty in June.

“The move to high-value products has allowed the algaculture industry to become firmly established, but producers remain heavily dependent on chemical fertilizers. Moving forward, they must address sustainability if they are to progress toward producing higher-volume products, ‘green’ petrochemical substitutes and fuels.”

Bhattacharjee says the algae industry’s reliance on chemical fertilizers is a double whammy for algae producers because it both reduces profit margins and puts them in competition with food producers for fertilizers.

A 2012 National Research Council report found that “with current technologies, scaling up production of algal biofuels to meet even 5 percent of US transportation fuel needs could create unsustainable demands for energy, water, and nutrient resources.”

The 2012 report also pointed to wastewater-based cultivation as a potential way to make algae production sustainable. An added appeal is that the method could potentially address a looming environmental problem: nutrient pollution in US waterways.

According to the Environmental Protection Agency, nutrient pollution from excess nitrogen and phosphorus—the two primary components of chemical fertilizers—is “one of America’s most widespread, costly, and challenging environmental problems.”

Wastewater treatment facilities currently have no cost-effective way of removing large volumes of nitrates or phosphorus from treated water, so algae production with wastewater has the potential of solving two problems at once, says study coauthor Evan Siemann, professor of biosciences.

“The idea has been on the books for quite a while, but there are questions, including whether it can be done in open tanks and whether it will be adaptable for monoculture—a preferred process where producers grow one algal strain that’s optimized to yield particular products,” he says.

“We were surprised at how little had been done to test these questions. There are a number of laboratory studies, but we found only one previous large-scale study, which was conducted at a wastewater facility in Kansas.”

Fish Or No Fish?

Siemann says the new study was made possible by the participation of the Houston Department of Public Works and Engineering, which helped Rice’s research team set up a test involving 12 open-topped 600-gallon tanks at one of the city’s satellite wastewater treatment plants in July 2013.

They fed the tanks with filtered wastewater from the plant’s clarifiers, which remove suspended solids from sewage. Various formulations of algae were tested in each tank. Some were monocultures of oil-rich algal strains and others contained mixed cultures, including some with local algal strains from Houston bayous. Some tanks contained fish that preyed upon algae-eating zooplankton.

“Prior research had suggested that diverse assemblages of algal species might perform better in open tanks and that fish might keep algae-eating zooplankton from adversely affecting yields,” Siemann says.

“We recorded prolific algal growth in all 12 tanks,” he says. “Our results are likely to be very encouraging to algae producers because the case they would prefer—monocultures with no fish and no cross-contamination—was the case where we saw optimal performance.”

Bhattacharjee says more research is needed to determine whether wastewater-based algaculture will be cost-effective and under what circumstances.

For instance, the algae in the new study was four times more effective at removing phosphorus than were the algae in the Kansas study. She says that could be because the Houston test was performed in summer and fall, and the tanks were about 30 degrees warmer on average than the tanks in Kansas.

“Using wastewater would be one of the best solutions to make algaculture sustainable,” she says. “If temperature is key, then cultivation may be more economical in the Southeast and Southwest.” She notes that other factors, like starting levels of nitrogen and phosphorus, might have caused a rate-limiting effect.

“These are the kinds of questions future studies would need to address to optimize this process and make it more attractive for investors,” she says.