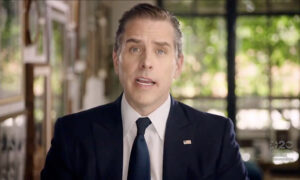 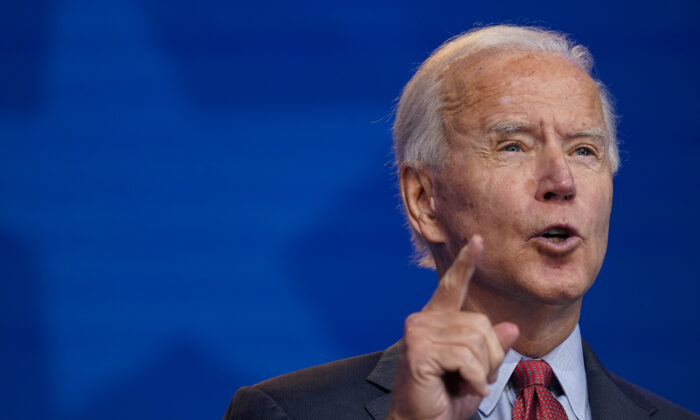 Why Biden Will Never Be President of ‘All Americans’

Joe Biden has assured us on multiple occasions that, if he wins, he will be the president of all Americans, even those that didn’t vote for him.

This is impossible and is not just another “bright, shining lie” of the sort to which we have become sadly inured. It is an absolute falsehood highlighting a true American tragedy.

National reconciliation could never happen under Biden. He would assume office under a cloud of suspicion so dark it’s hard to imagine a manner in which he could recover from it.

From the moment he took office, the Democrats accused Donald Trump of collusion with Russia, but it was shown, after a lengthy and expensive investigation, they hadn’t an iota of proof.

Indeed, there is a solid argument they knew they had no such evidence in the first place—even tried to manufacture it. This was one of the more repellent, if not the most repellent, political hits in our nation’s history.

With Joe Biden, the reverse is true. There is already a plethora of evidence of economic collusion with China, notably with high level members of their Communist Party, that, coupled with the activities of his son, are stunningly obvious subjects for blackmail and serious coercion.

This evidence has accrued in many forms—emails, texts, documents, and the detailed public statements of Tony Bobulinski, the former Biden family business partner, including Bobulinski’s accounts of Joe’s personal involvement via face-to-face meetings about which the former vice president clearly lied.

None of this has been successfully controverted, not even remotely, while the evidence continues to grow on a daily basis, with another even bigger email dump emerging through Peter Schweizer.

And China, as we know, is but the tip of a multinational iceberg that includes an amazing percentage of the countries of the world from Oman to Luxembourg, not to mention, of course, Russia and, needless to say, Ukraine.

That much of the media refuses to report on this story that would normally be gigantic is only an indication they are terrified it is true. Twitter founder Jack Dorsey went so far as to censor the information from the New York Post on his social media website, an act of utter panic. (Dorsey further besmirched himself by lying under oath to Sen. Marsha Blackburn at Wednesday’s hearing, claiming he had never censored Donald Trump when he had done so dozens of times.)

We can only assume these media and many Democrats don’t care. So what if the Bidens are a crime family? They’re our crime family. And Trump is worse.

Only he’s not. His children are not lolling around Beijing smoking crack with young women (maybe really girls) while the former vice president lies about business deals that could easily compromise our country and lead, slowly but surely, to the undoing of Western democracy desired by the CCP.

Roughly half the country, the so-called “Deplorables,” knows all this. How are they supposed to react should Biden win? Accept him and give him a chance in the grand tradition of the peaceful transitions in our country when so many Democrats and nearly all our mainstream media never accepted Trump from day one?

More likely is that more information on the Biden Family will continue to dribble out, faute de mieux and despite all the efforts to suppress it through changes that will undoubtedly be made at the Department of Justice and elsewhere. The truth always emerges… eventually…. somehow.

Many are worried, with justification, about what will happen in our streets should Trump be reelected. This week in Philadelphia may be the tip of yet another iceberg.

It is unlikely, however, that the “Deplorables,” though well armed, will react similarly. They are, for the most part, considerably more adult than their adversaries.

Though, frankly, I’m not keen on finding out. I hope Donald Trump wins reelection next week—solidly.