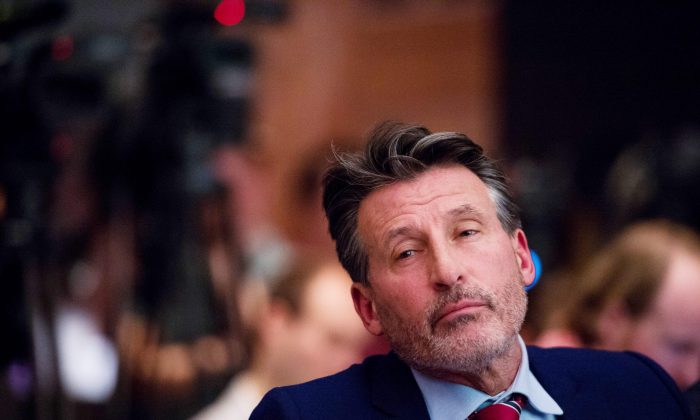 Why Athletics’ Doping Scandal Is so Much Worse Than FIFA Corruption

The litany that is FIFA’s ongoing corruption scandal continues to be one of the biggest investigative takedowns the world of sport has ever seen. Sepp Blatter has gone. Michel Platini has gone. Bin Hammam is gone. In fact, almost everyone who has sat at FIFA’s executive top-table over the last decade has gone.

Yet, for all the carnage that lies in the wake of the bans and suspensions imposed upon football’s governors across the world, it is worth remembering that these sanctions have been enforced in response to off-field misdemeanors. Not so with athletics. In athletics, the corruption allegations that mire the sport refer to its competitors. And there is a groundswell of opinion among some commentators that world football’s travails are small beer in comparison with what is emerging in the world of athletics.

In athletics, the corruption allegations that mire the sport refer to its competitors.

Despite Sebastian Coe, the International Association of Athletics Federations (IAAF) president, initially protesting that doping isn’t a problem in athletics, the unfolding Russian drugs scandal has seen the stock of athletics fall to possibly its lowest ebb. The situation hasn’t been helped by the criminal investigation of Lamine Diack, the former head of the IAAF. He is alleged to have taken payments for deferring sanctions against Russian drugs cheats.

The World Anti-Doping Agency referred to Russia as ‘the tip of the iceberg.’

The World Anti-Doping Agency (WADA) has gone much further than this, however, referring to Russia as “the tip of the iceberg.” The extent of what lies beneath will emerge when WADA releases the second part of its investigation into allegations of widespread doping and corruption in athletics.

Corruption on the field is arguably an even more insidious form of corruption than that perpetrated by officials, principally because it undermines and weakens the very heart of sport. Furthermore, it sells fans and other stakeholders a lie. Sport marketers identify that the core product in any sport is uncertainty of outcome—that is, not knowing who is going to win a competitive contest. This uncertainty is what differentiates sport from other products, giving rise to the tension, fear and excitement many of us have experienced.

Doping seriously threatens the uncertainty of outcome, rather like a marked deck detracts from a game of poker. And this is a huge problem because it weakens and fundamentally changes the core product that sport has to offer.

If one considers wrestling (specifically WWE, although the sport is not subject to doping allegations), many people don’t see it as a sport—everybody knows who is going to win—and so it has become entertainment.

Watching a doped athlete win a race therefore challenges what we know about and expect from sport. At one level, this raises issues of trust, at another it signals a need for athletics to seriously address where it goes from here.

There have been product crises before, ranging from drug scares to food scandals. Similarly, brands have got themselves into all kinds of trouble in the past. BP, for example, faced a serious crisis with the Deepwater Horizon oil spill, which it had to respond to publicly and decisively. Make no mistake athletics is in crisis too and the IAAF as a brand needs to get in shape to overcome it. For all Coe’s assurances that there will be greater vigilance and more drug testing, the credibility and foundation of the IAAF is under severe threat.

If anything is to be learned from the likes of BP, it is that there is no place to hide in crisis situations, organizations must be seen to be taking action. Indeed, if stakeholders feel that a brand or a company are not appropriately responding to problems, then they will begin instigating change themselves. Faced with the possibility of endless IAAF investigations, which could potentially be akin to FIFA’s perpetual navel gazing, U.K. Athletics (UKA) has already proposed 14 measures to save the sport of athletics and salvage something of the IAAF brand.

In amongst proposals for there to be better testing and harsher penalizing, UKA has pitched the idea that world records should be reset to create a new era of clean competition. Inevitably, this has already caused an outcry, not least among current world record holders concerned that they will lose their place in history. But there’s a lot to be said for such a radical solution, not least in the way it creates clear water between the old athletics brand and the new.

In marketing terms though, it simply wouldn’t be enough to convince cynical fans and sponsors. Trust cannot be bought with flamboyant symbolism, it must be rebuilt through sustained vigilance, and by establishing a stronger governance model that proves to people that their trust in athletics will not be misplaced.

If the IAAF thinks an independent investigation will be sufficient to placate its critics, it is naive and mistaken. And if the core product of athletics the sport is to be safeguarded and the brand successfully salvaged, the tenacity and style Coe demonstrated in winning Olympic gold will almost certainly be needed.

Simon Chadwick is a “Class of 92” professor of sports enterprise at the University of Salford in the U.K. This article was originally published on The Conversation.