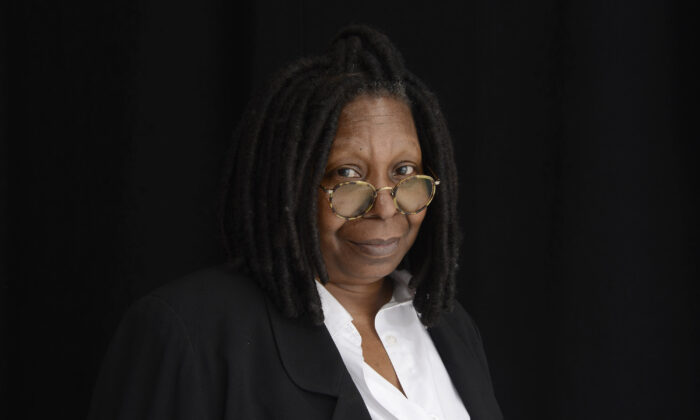 Hollywood was once one of America’s shining lights.

Movies such as “Casablanca,” “Mr. Smith Goes to Washington,” “The Treasure of the Sierra Madre,” the Westerns of John Ford and Howard Hawks, the comedies of Buster Keaton, Preston Sturges and the Marx Brothers, all the way to “Star Wars” and “American Graffiti”—I could go on and on—literally defined our country and signaled our greatness and freedom to the world.

That’s over. Finita la commedia, as they say.

Now, Hollywood is basically a fiefdom of China, whose apparatchiks dictate the studios’ content according to what comports with the party line. Money not only talks, it screams.

The movies, with isolated exceptions, have gone downhill for years. It was just beginning to happen when I went out there to try my hand at the film business around 1970.

Leftism has always been present in Hollywood—I was pretty left-leaning myself in those days—but it wasn’t nearly so reflexively pervasive as it is now.

People like Robert De Niro didn’t act like blithering idiots, threatening to beat up Donald Trump, and concentrated on acting in movies such as “Godfather II.”

In those days, I had the pleasure—sometimes, anyway—of working with and for some pretty talented people.

Among them, for a short while, was one Whoopi Goldberg.

I was hired to write a screenplay in which Whoopi would play a White House reporter in the press room (Nowadays, we have Jen Psaki to provide the laughs.). I was excited to write it because Whoopi was then a fast-rising star whom I had originally seen in her one-woman show at the Comedy Store in Los Angeles and thought sensational.

I went to Washington for research, then came back to LA to write. During the process, while we knew each other and I made several attempts, Whoopi was basically incommunicado. That’s no real excuse, but I didn’t do a particularly good job and the movie was never made. Most aren’t.

But Whoopi went on to be a yet-bigger star—she already lived on what she called “Whoopi Beach” in Malibu—but then things began to fade, as they did for much of Hollywood, to where we are today.

I am far from the only one to notice that this decline in the film industry paralleled the rise in its denizens spouting off politically. Those who crave attention, to the extent most actors do, have difficulty being ignored. It’s one way or the other.

Who hasn’t noticed the myriad Twitter videos of sincere-looking, overly solemn actors, mouthing off (more accurately, emoting) on the issue du jour, while almost always—scratch that, virtually always—from a left-liberal point of view.

Often, these actors are either partly or mostly unknown and you wonder if they really might be auditioning for agents or casting directors. Other times, as with Bette Midler, who seems to have abandoned singing for being a national scold, the big stars seek to expand from being mere entertainers into “serious” political pundits.

(As this goes on, the movies themselves continue their downward spiral. As an Academy member this year, there were next to none I wanted to vote for with any enthusiasm, so, in this week’s nomination process, I just marked off a couple that weren’t terminally “woke.”)

Then there’s Whoopi who, in recent years, appears for the most part to have abjured acting for a permanent seat spouting away on “The View”—a show I admit I rarely watch except for the unavoidable clips and I have always thought something of an insult to women… yet it goes on and on.

As almost everyone knows, Whoopi Goldberg (née Caryn Elaine Johnson), who at various times in her life has insisted—with no apparent evidence—that she was Jewish, recently found herself saying something really stupid about the Holocaust, claiming that it had nothing to do with “race” but was about “man’s inhumanity to man.”

My first reaction was “man’s inhumanity to man”? Shouldn’t it be “humanity’s inhumanity to humanity”? Or at least “people’s inhumanity to people”? This is “The View,” sister. What’s this “man” stuff? Go to “woke” jail and do not pass go. Plenty of the Nazis were women. Haven’t you seen Leni Riefenstahl’s “Triumph of the Will”?

Then, she appeared on Stephen Colbert’s show to explain/excuse herself and wasn’t quite able, digging a bigger hole.

So what’s going on? The Whoopi I knew—brief as that was—was pretty smart and surely knew about Hitler’s fixation on the Aryan Master Race, possibly even the January 1942 Wannsee Conference, where Heydrich and other senior Nazis decreed the “Final Solution” to exterminate that other race, the Jews. This was to include deliberately those of that race not yet even under German control. (The Nazis took care of that.)

Has Whoopi become so Afro-centric that she could see the Holocaust, as she later implied, as merely “Caucasian versus Caucasian,” insisting all real racism is only about color? How CRT! How anti-Dr. King and everything we thought we fought for! (Hey, Whoopi, didn’t you read that Black Lives Matter might turn out to be a giant $90 million scam after all? What did you expect?)

Or is what happened actually the result of something, frankly, more pathetic—that same insatiable desire for attention.

Not in the news much amid COVID, the border, Ukraine, the crime wave, inflation, and so forth? Say something outrageous about the Holocaust and you’re all over the media. You don’t even have to really believe it (at least I hope not). We can’t escape you.

Even better, ABC suspends you for a couple of weeks—probably to get credit for canceling someone on the left for a change—and then your colleagues start to bark about the injustice of it all. Yet more publicity… and, voila, people who wouldn’t dream of it are watching “The View.”

I have advice for you, Whoopi. Take this “suspension” as an opportunity to scout around for a real acting job. You’re good at it. About punditry, you’re not so hot. As Laura Ingraham once put it in a book, “Shut Up and Sing.” Just think, you wouldn’t have to sit across from Joy Behar anymore.