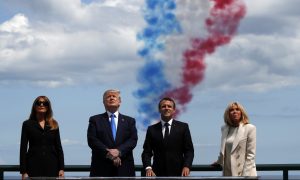 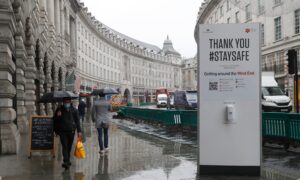 Boulin’s body had been found drowned in 20 inches of water in the forest of Rambouillet, south of Paris, in October 1979. As the minister had absorbed a large amount of barbiturates, the initial investigation concluded it was a suicide, corroborated by the fact that Boulin was at that time linked to a corruption affair that could have driven him to suicide.

Yet, France Inter radio revealed on Oct. 26, almost exactly 20 years after the death of the minister, that new elements would argue the death was in fact a political assassination.

Olivier Maurice, the lawyer of Boulin’s daughter Mrs. Fabienne Boulin-Burgeat, explained he was going to request that the criminal file be reopened. “Without a doubt, new extremely important elements should lead to this [conclusion],” he said.

Former Minister Jean Charbonnel, quoted by France Inter, is convinced. “I do not have any more doubt now, I think he was assassinated,” he said.

Asked why he would have been assassinated, Charbonnel answered, “Purely political reasons, going far further than the mere real estate affair.” The suicide hypothesis “does not hold,” he said.

Charbonnel said to France Inter that, from the early days after Boulin’s death, one of his colleagues, Alexandre Sanguinetti, was convinced that Boulin had been assassinated. “Because he was a burden to them, even a threat,” Charbonnel claimed.

Witnesses of the death scene have also challenged the suicide hypothesis: a legal expert, who in 1983 participated in the second autopsy of Boulin, said there were “bruises around his wrists and a blood clot behind his head,” suggesting that the minister had been struck in the back.

A former police officer also present at the death scene rejected the idea that such marks might have been unintentionally made by investigators when they took the body out of the water.

A request to resume investigations was rejected in October 2007. The Paris court general prosecutor at that time argued that nothing could be used against the conclusion that the death was a suicide. Boulin had personally mailed eight letters in October 1979 to police, lawyers, and the media to explain why he would put an end to his life. Boulin was then suspected to have illegally acquired five acres of land in Ramatuelle, south of France.

L’Express newspaper quoted a former police officer who claims that his uncle has told him that he was present during the assassination of Robert Boulin.

Fabienne Boulin-Burgeat has long claimed that her father was killed after a political conspiracy started in the right-wing RPR political party (the party created by former French president Jacques Chirac), more specifically its security department. Robert Boulin was at that time on track to become prime minister.