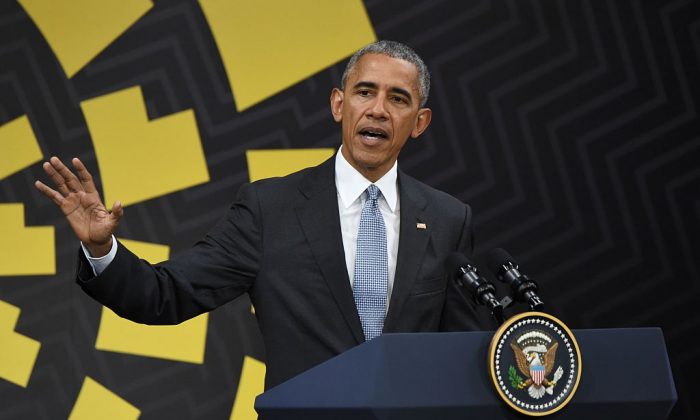 US President Barack Obama at a press conference on the last day of the Asia-Pacific Economic Cooperation (APEC) Summit in Lima on Nov. 20, 2016. (MARTIN BERNETTI/AFP/Getty Images)
US

In 2009, President Obama was given the Nobel Peace Prize—to much criticism from many who didn’t believe he did enough to deserve it.

But it seems that Obama feels that he lived up to the standard.

“The president is quite proud of his record,” White House press secretary Josh Earnest said this week. “I feel confident in telling you that the president feels that he’s lived up to the standard he set up for himself in that speech,” he added.

Earnest argued that Obama’s meetings with activists around the world is why he lived up to the peace prize—even as the war in Afghanistan persists, and drone strikes have become one of his lasting legacies. Obama has authorized more than 500 strikes that have killed thousands of terrorists and hundreds of civilians.

But a former Nobel committee member now believes the award was a mistake.

“No Nobel Peace Prize ever elicited more attention than the 2009 prize to Barack Obama,” said Geir Lundestad, who is working on his memoir, wrote in his  book, The Associated Press reported last year.

“Even many of Obama’s supporters believed that the prize was a mistake. In that sense, the committee didn’t achieve what it had hoped for,” he added.

Lundestad noted that even Obama was surprised as he was given the award.

But he said that the prize was given to the president in the hopes that it would “strengthen” his resolve to promote peace around the world.

“Even many of Obama’s supporters believed that the prize was a mistake,” he added. “In that sense the committee didn’t achieve what it had hoped for.”

At the time, the decision was met with criticism from many in the United States. Obama even considered not going to Norway to pick up the prize.

“In the White House, they quickly realized that they needed to travel to Oslo,” he wrote.