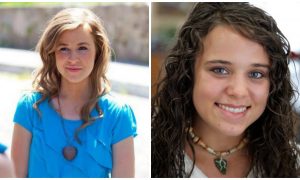 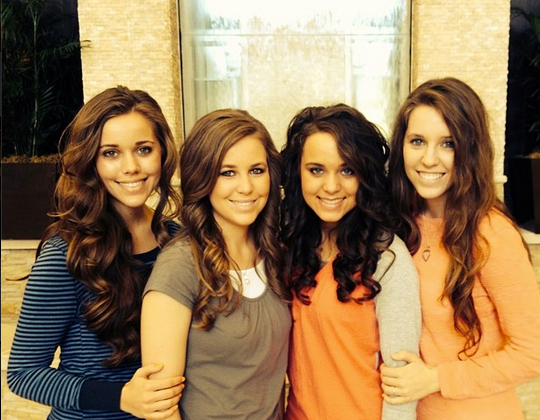 Which Duggar Daughter Are You? Jinger, Jana, Jessa, Jill, or Josie (TLC Quiz)

A new Duggar family quiz has fans of the show click through to see which daughter they are most like.

Jana, the oldest single Duggar along with her twin John David, is described as a nurturer, “just like Michelle.”

“Always helping your older sisters with projects and keeping your younger siblings out of trouble, you are responsible and family-oriented. But that doesn’t mean you don’t make time to pursue your own interests,” the quiz tells those who finish as Jana.

“As a veteran midwife, Jana has as a fulfilling career. Though she may not be the most outspoken Duggar daughter, when asked, she doles out great advice.”

Jill is described as being one of the most positive Duggars.

“You always have a smile on your face and can find the silver lining in anything. Your positivity draws people in, and your big-heartedness is contagious,” the quiz says.

“Though you have plenty of career experience, you embrace your role as a wife and mom-to-be. You are easygoing and the peacemaker when it comes to family disagreements.”

Jessa, who recently married Ben Seewald, is described as being kind like her sisters, but she also “has strong convictions and has no problem letting others know exactly where she stands on an issue.”

“Like Jessa, who bucked tradition and had her first kiss in private, you’re not afraid to take the road less traveled,” the quiz says.

“But you are poised and practical, which gains the respect of others around you.”

Jinger is described as seeing the world through “rose-colored lens.”

“Though all the Duggars focused on music, Jinger has a serious talent for photography. She is creative and artistic, though she doesn’t have an artist’s temperament,” the quiz says.

“Always laughing and chatting with her sisters, she is upbeat, positive and a great friend.”

Josie is described as lighting up the room with her big personality despite being the youngest daughter.

“Always making jokes and keeping things fun, she’s the typical youngest child. But that doesn’t mean she isn’t taken seriously. Michelle has described her as ‘strong-willed’ and we’re sure you can identify with Josie’s need to make her voice heard,” the quiz says.

“Luckily, her sense of humor endears her to the family, even if she’s being demanding.”