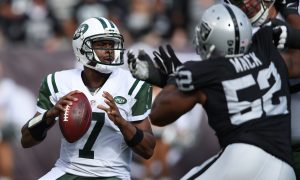 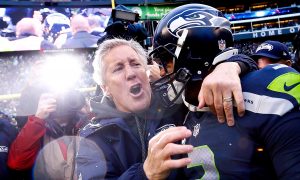 Best Comebacks of 2015 in Professional Sports
0 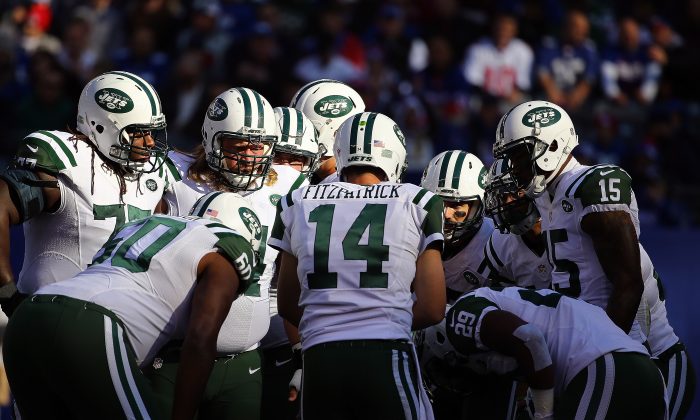 Ryan Fitzpatrick (C) and the New York Jets won 10 games this season but failed to make the postseason for the fifth time in a row. (Al Bello/Getty Images)
NFL

Where the Jets Go From Here: Offseason Checklist

After a bitter loss to the Rex Ryan-coached Bills to end the regular season, the Jets are on the outside looking in at the playoffs for the fifth straight season.

Although a 10–6 record generally makes for a nice season, the front office has plenty of work to do this offseason. Here are four ways they can set the team up for success in 2016:

Yes, Fitzpatrick threw three interceptions in the fourth quarter against the Bills with the game, and the season, on the line. But his 2015 numbers—3,905 passing yards, 59.6 completion percentage, 31 TDs, and a 88.0 quarterback rating—were a sizable upgrade over what we saw previously from Geno Smith and Mark Sanchez.

The journeyman quarterback turned 33 in November and made just $3.25 million with the Jets this past season—a bargain for a good starting quarterback in this league. He’s an unrestricted free agent, but it seems like there’s mutual interest for him to come back—albeit at a bigger salary. Probably something in the range of three years for around $30 million, with half guaranteed.

Offensive lineman mainstays Nick Mangold and D’Brickashaw Ferguson will both be 32 when training camp opens this summer, and that’s not young for their positions. You don’t want to wait for the offensive line to be a problem before upgrading it. With the Jets having the 20th overall pick in an offensive linemen-heavy draft, the team should look to get one in the first round to start the transition.

SB Nation projects seven offensive tackles going in the first round—though it has the Jets taking Ohio State running back Ezekiel Elliott instead. Although getting Elliott wouldn’t be the worst thing, the shelf life of a running back these days is so low, they should at least try re-signing Chris Ivory (1,070 rushing yards) and Bilal Powell (388 receiving yards) as the duo were a great tandem in the backfield.

Like Fitzpatrick, Ivory, and Powell, the 26-year-old Wilkerson is scheduled to be an unrestricted free agent, though the Jets can—and should—franchise him if they can’t reach an agreement. Even with his broken leg he’ll likely be a costly re-sign, but he’s been an outstanding defensive end. The former Temple product led the team in sacks with 12 while forcing a pair of fumbles this past year. The Pro Bowl selection should be able to command a five-year deal worth at least $15 million a year with half of it guaranteed, which is a lot of money, but he’s worth it.

Bowles did a great job this season, but he really could have separated himself from other good coaches in the league with a win against a motivated Buffalo team—in a hostile environment—that wanted revenge for its coach, who was fired just a year ago. Of course, Bowles wasn’t the one who threw a trio of interceptions with the game on the line in the fourth quarter, but the team came out of the gates flat-footed and trailed 13–0 early on.

Best Comebacks of 2015 in Professional Sports

Although Bowles had nothing to do with how Ryan’s tenure ended, he could have made everyone forget it even happened with a win. Maybe next year.