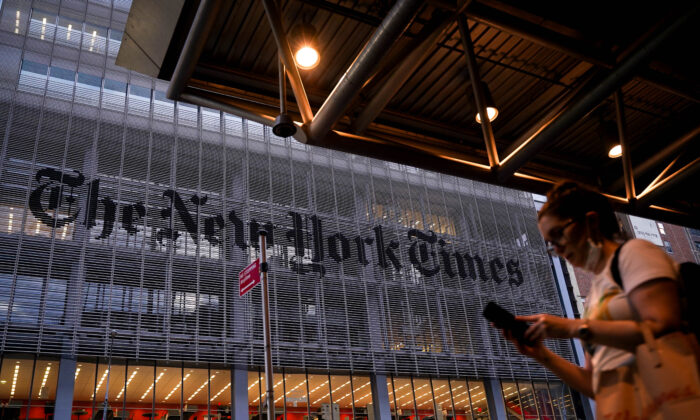 When Will The New York Times and The Washington Post Return Their 2018 Pulitzers?

To anyone paying the slightest attention to the indictments so far resulting from John Durham’s investigation, the still-posted announcement of the 2018 Pulitzer Prize awards in national reporting to the staffs of The New York Times and The Washington Post now reads like an entry from the Babylon Bee:

“For deeply sourced, relentlessly reported coverage in the public interest that dramatically furthered the nation’s understanding of Russian interference in the 2016 presidential election and its connections to the Trump campaign, the President-elect’s transition team and his eventual administration.”

At the link, the Pulitzer Committee lists some of the “deeply sourced, relentlessly reported” (well, it might have been the latter) articles they had in mind. Some of the more amusing and Bee-like in retrospect are “Emails Disclose Trump Son’s Glee at Russian Offer” (New York Times) and “Trump reveals secret intelligence to Russians” (Washington Post).

At the link, you can read the list of reporters who received the prize as well as the “distinguished journalists” who made the award, so I will skip over that, except to say the frequent unabashed appearances of many of these reporters on Twitter are one of the reasons I left that site some time ago. It nauseated me to see them on there, pontificating. There’s only so much self-deception you can tolerate.

Consequently, the question that most interests me is to what degree these people knew they were lying at the time? Were they merely victims of extreme Trump Derangement Syndrome? Did they believe the ends, in this instance, justified the means? They allowed themselves to be conduits for lies. Did they ask serious questions? “Informants,” almost always anonymous, were telling them things. (Collecting those anonymous informants has been the stock and trade of establishment journalists since Watergate.)

The most obvious conclusion is that they wanted to believe the lies they were hearing, so they didn’t question them. To be blunt, they were lousy reporters and remain so because, most of them, all to my knowledge on the linked list, haven’t publicly acknowledged their faults.

One way, perhaps the best way, would be to return their Pulitzers. They haven’t done so. Are we supposed to believe anything else they say?

In light of the Igor Danchenko indictment, The Washington Post has at least corrected two stories.

“The Washington Post on Friday took the unusual step of correcting and removing large portions of two articles, published in March 2017 and February 2019, that had identified a Belarusian American businessman as a key source of the ‘Steele dossier,’ a collection of largely unverified reports that claimed the Russian government had compromising information about then-candidate Donald Trump,” a Washington Post article reads.

“Largely unverified” is putting it mildly. The dossier has been revealed as a collection of scurrilous lies instigated by Hillary Clinton campaign associates, a political dirty trick unprecedented in modern American history that borders on, or crosses over into, the treasonous.

Nevertheless, the Post did something to acknowledge they had a problem. They also published an opinion article by Erik Temple that excoriates multiple media outlets, including MSNBC host Rachel Maddow, in light of the Durham investigation.

The NY Times has done little more than mutter in editorials.

This isn’t new for the one-time newspaper of record that so many still inexplicably believe without question.

And yet the NY Times’ record, especially regarding the Pulitzers, is particularly egregious. Despite multiple efforts, including one by Bill Keller when he was executive editor of the paper (2003–2011)—he was overruled by the owners—the NY Times hasn’t returned the Pulitzer won by their reporter you could call the Father of Fake News, Walter Duranty.

Duranty, the paper’s Moscow correspondent in the ’20s and ’30s, received the prize in 1932 for articles submitted by the NY Times. In his reporting, Duranty denied the existence of, therefore excusing and encouraging, the widespread Ukrainian famine largely instigated by Stalin, the Holodomor that left a million or more people starving to death (estimates vary). He also white-washed Stalin’s behavior in general. As Duranty put it, “You have to break a few eggs to make an omelet.”

Duranty’s photograph still appears on a wall at the NY Times along with its many other Pulitzer winners. I bring him up to remind us all that journalistic reporting, like elections, has consequences. (FDR, based on his reading of Duranty, recognized the Soviet Union and later acquiesced to Stalin on Eastern Europe).

And his wasn’t the only journalistic malfeasance perpetrated by the NY Times. Books have been written about how they downplayed the actual Holocaust and had a known Nazi sympathizer as their Berlin bureau chief. And then there’s Herbert Matthews reporting from the Sierra Maestra that characterized the soon-to-be dictator Fidel Castro as something resembling a secular saint.

If it seems as if I’m picking on the NY Times (which I once wrote for), it’s because I am. They have too much power, too much monopolization of the information flow. No paper should ever be considered the “newspaper of record” or anything close.

That’s no way to run a democracy, a democratic republic, or a constitutional republic. It more resembles a subtler version of Pravda and Izvestia of the Soviet era. And yet the networks and many other outlets, including the supposedly all-powerful social media, still trot along behind the NY Times like seven dwarfs behind Snow White.

This is how Trump’s “fake news” happens. But in all honesty, I never liked the term “fake news,” popular as it is. It’s too weak. What we’re surrounded by is more than fake. It’s the quite deliberate manipulation of information in order to brainwash the public. And it has been quite successful, alas.

Nevertheless, the 2018 Pulitzer Prizes now look ludicrous. That’s a good start in beginning to do away with this propaganda. Better would be for the reporters at the two papers to return their Pulitzers. (As Joseph Welch would put it, “Have you no shame?”)

Better still would be putting an end to the Pulitzers themselves.

ADDENDUM: But while you’re waiting for that to happen, you can always relax in a “fake news” hammock. No joke.