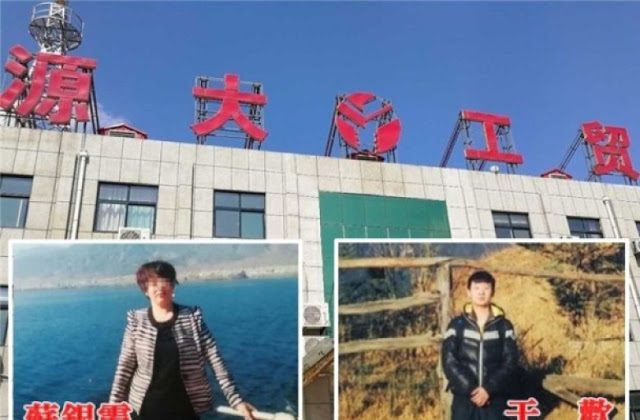 Yu Huan (right), the son of Su Yinxia (left), was recently sentenced to life in prison after he killed a man who sexually attacked her, in part because the police refused to intervene. The incident took place last year, and has captivated the Chinese public. (Weibo.com)
China

When the Law in China is Used to Humiliate, Not Protect

Tang Yinghong, an online commentator, is one of the many Chinese to have expressed disapproval of a recent court sentencing after a killing.  — Epoch Times translation team

The verdict has been widely circulated online.

According to a report by Southern Weekly, the 22-year-old Yu Huan was given a life sentence by a local Shandong court for killing a man and injuring several others while defending himself and his mother from extreme harassment by debt collectors.

Yu’s mother, Su Yinxia, had borrowed money from a real estate firm to cover the operating expenses for her factory. In all, she borrowed 1.35 million yuan (US$196,000), at 10 percent monthly interest. Afterwards, she paid back 1.84 million yuan in cash, on top of 0.7 million yuan in the form of real estate.

With a balance of 170,000 yuan left to pay, Su was repeatedly harassed and beaten at her factory by the debt collector’s team of about a dozen people. They also defecated on her premises and pushed her head into the toilet. Su called the emergency police hotline and the mayor’s hotline four times, but got no response.

Things escalated when the debt collector’s team detained Su, her son Yu, and an employee in the factory’s reception room. They surrounded and harassed them verbally and physically. One man, Du Zhihao, even exposed himself and made lewd sexual advances toward Su, [including the commission of one particularly vulgar sexual act — editor]. At this point, workers who were passing by the room called the police.

When the police arrived, they merely said: “You can collect the debt. But you cannot beat people.” Then they left.

Seeing the police leaving, Yu tried to rush outside to call them back, but the debt collectors stopped him. In the ensuing scuffle, Yu grabbed a fruit knife from the table in the reception room and started randomly stabbing at his captors. Du Zhihao, who had sexually assaulted Yu’s mother, was seriously injured and died of hemorrhagic shock. Two others were also seriously injured, and one was slightly injured.

The sentence infuriated people. The court stated that “there was no urgency for defense,” and therefore it was not a legitimate self-defense.

First of all, according to the legal definition of illegal detention, these debt collectors were obviously guilty of a serious crime before the police arrived. However, the police did nothing while three people were being illegally detained. And secondly, the police did nothing to investigate the sexual and other harassment suffered by Su. They simply left.

While the victims were suffered extreme insult, the police did not intervene, nor did they conduct any inquiry. They simply left after saying: “You can collect the debt, but you cannot beat people.”

In other words, before Yu randomly stabbed at those people, the victims of the debt collector’s violence did not get any help from the police. The police allowed their crimes to continue. Without question, Yu acted in self-defense and in his mother’s defense. Police negligence obviously exacerbated his fears.

The law is supposed to protect the public and maintain social order. In other words, if the law provides a sense of security to the majority of the people, it is a legitimate law; if it makes people suffer unease, then it is illegitimate. The sentencing of Yu Huan has made most people angry and uneasy.

Yu injured four debt collectors in a scuffle, causing one death, two serious injuries, and one light injury. Legally, it is a crime. But the court had the power to decide how severely to punish him.

Imagine what it would be like for a young man to witness his mother being sexually assaulted and police not doing anything about it. He was trying to ask the police to come back, but was blocked by the debt collectors. With people shoving you around, and with a fruit knife right in front of your face, what would you have done in his situation?

If it had been me, when the law failed to protect my family and myself, and we were being extremely humiliated or abused, I am afraid I might have done the same, or even worse.

The court sentence was clearly contrary to the public’s sense of justice, although it may have been “according to the law.” While the slaying was a natural reaction to distress, the harsh sentence was not appropriate. Quite simply, if the law fails to protect, it’s become nothing more than a tool to humiliate.