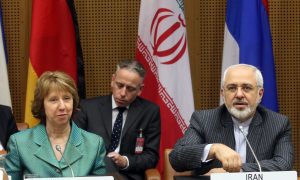 What the Iran Nuclear Deal Means for American Business

The potential for U.S. business to engage with Iran can be summarized in one sentence: Iran exports crude oil but imports gasoline. Why? The Iranians lack sufficient capacity to refine their own oil for domestic use.

This bizarre fact underscores how, hemmed in by sanctions and the limited world view of their theocracy, Iranian technology and installed equipment is years, even decades, behind the West—not just in the energy sector, but across the board in most industries.

Their economy is already the biggest in the Middle East, with the exception of Turkey. And with a population of 80 million having an average middle-class income of around $13,000 per capita—a reasonable estimate despite widely fluctuating exchange rates—Iran comprises a large market, hungry for the latest technology and upgrading of its industries. The investment potential is enormous and will remain so for decades.

But will American firms immediately benefit? Probably not as much as Chinese, Russian and European companies, who will be the first at the gates of Tehran.

Faced with a hostile Congress and historical ties to Israel, President Obama has to strike an untrusting and gradualist stance toward Iran. U.S. regulations can only be eased over time, while Russia and China (two of the five negotiating nations) have already begun to make billion-dollar deals. German and French company representatives are already in Tehran. Moreover, the official opprobrium of the mullahs in charge of Iran is still directed principally against the United States as “The Great Satan.”

But that epithet should not fool or scare American corporations into staying away from the Iranian market. Although demographic data in Iran are uncertain, recall that 57 percent to 62 percent of Iranians, or 45 to 50 million people, were born after the revolution that brought the mullahs to power. To the under-30 crowd, or approximately 60 percent of the country, the rhetoric of the revolution and anti-American sentiment has the same background presence as the weather or air pollution in Tehran—persistent background static with no great long-term relevance.

Under the chādor—the outer garment forced on Iranian women—blue jeans, lacy and even risqué underwear and designer brands are the rage. (One of the subordinate considerations on the part of the U.S. delegation led by John Kerry may have been the notion that easing of sanctions can lead to a greater zeal on the part of Iranian youth to engage with the West and absorb Western ideas.)

From a commercial angle, it is a “win-win” story for both the Iranians and the United States. Iranian youth are open and eager for western ideas and brands. The Iranian economy badly needs upgrading, to bring it up to Western standards. The potential is large. Iran has 10 percent of world oil reserves, but has only a 4 percent market share currently.

The mega-billions that Iran’s industrial revamping (covering all industrial sectors) would cost can be easily be financed once Iranian oil exports can resume at their normal (pre-sanction) levels.

U.S. companies have a great opportunity, but are likely to be at the back of the queue for a while—unless they can be legally represented by their foreign affiliates and subsidiaries to minimize the “American” association. Either way, Iran represents a newly opened market many U.S. companies can’t ignore.

Farok J. Contractor is a distinguished professor of management & global business at Rutgers University. This article was originally published on The Conversation.