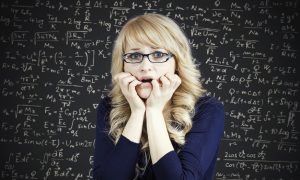 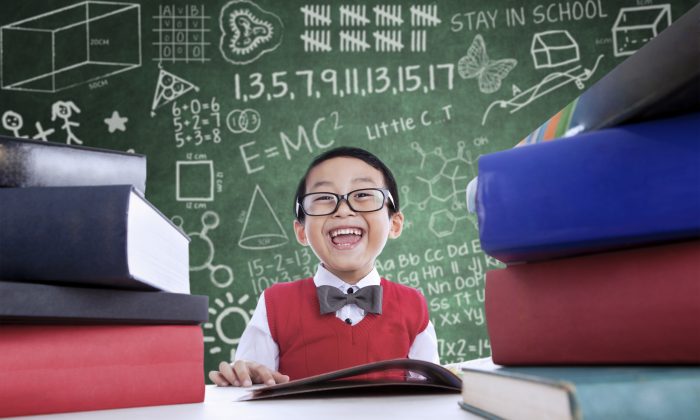 Why do Asian children perform so well at maths? (CreativaImages/iStock)
Education

What Is the Secret to Being Good at Maths?

There is a common belief that Asians are naturally gifted at maths.

Asian countries like Singapore and Japan lead the ranks in first and second position on maths performance in the Program for International Student Assessment (PISA) tables – an international survey that ranks education systems worldwide – while Australia sits around 12th.

What is the secret to being good at maths? Are you simply born clever, or is it the result of a lot of hard work?

To understand the reasons behind exceptional maths performance, I travelled to Japan to see how Japanese children are able to instantly multiply three- or four-digit numbers together in their head.

How Children Are Taught Maths in Japan

From the age of 7 or 8, all Japanese children are taught the times table jingle kuku.

“Ku” is the Japanese word for “nine”, and the title reflects the final line of the jingle, which is simply “nine nine (is) eight-one”.

Children rote learn the jingle and are made to recite it with speed in class and at home.

Local competitions pitch second-graders against each other to see how fast they can rap all 81 lines of the kuku.

This takes lots of practice with a stopwatch. The constant association between the problem and the correct answer eventually allows the child to know the answer to the problem as soon as they see it.

As the popular science writer Alex Bellos noted, Japanese adults know that 7×7=49, not because they can remember the maths, but because the music of “seven seven forty-nine” sounds right.

Some Japanese children also attend after-school maths programs. In May, I visited a school in Tokyo specialising in abacus instruction for primary and high school students. This was one of about 20,000 schools operating independently throughout Japan.

Here, the students start by learning how to use a physical abacus to perform arithmetic calculations. They then progress to using the mental abacus by simply imagining the movement of the beads.

Children at the abacus school dedicate a phenomenal one to two hours on two to four evenings a week to practising arithmetic drills on pre-set worksheets at speed.

This is on top of the four 45-minute maths lessons per week allotted by the Japanese government.

After a couple of years at the school, the very best students can multiply seven- and eight-digit numbers in their head faster than Australian children can say the solution to 7×8.

Why Australian Schools Are Against Rote Learning

Despite the impressive performance of these Japanese children, the intensive “drill and kill” approach used by abacus schools is derided in countries like Australia where educators explicitly discourage such practice.

In Victoria, schools have recently been encouraged to throw away textbooks and old worksheets, teachers discouraged from teaching mathematical formula, and children warned against learning their times tables by rote.

These recommendations follow from the ideas of American psychologist Jerome Bruner who argued that learning is most effective when children actively discover concepts for themselves.

Since then, rote learning methods in which children spend most of their time memorising facts, following prescribed formula and completing drills are widely perceived to contribute poorly to deep understanding of mathematics.

According to cognitive psychologist Daniel Willingham, children cannot appreciate the relationship between mathematical concepts if all of their mental resources are used to execute simple arithmetic operations.

As problems become more difficult, practice and rote learning are essential in speeding up some of these operations so they become automatic. This allows the child to devote more of their cognitive resources towards higher-level understanding.

One reason educators shy away from rote learning techniques is because they undermine children’s engagement and motivation.

The Drive to Succeed

But Japanese children at the abacus school enjoy performing calculations at speed.

Many treat mental calculation like a sport and participate in various local, regional and national competitions. These are not restricted to boys. I attended a regional competition for young girls while I was in Japan.

This contrasts with an increasing avoidance of competition in Australia, where children are cocooned from the realities of failure as well as the rewards of success.

Weapons of Maths Destruction: Are Calculators Killing Our Ability to Work It Out in Our Head?

In junior Australian Football League sporting policy, for example, children under 10 now play football with no points, no scoreboards, no awards and no recognition of individual performance.

Removing these objective benchmarks of performance leaves children with nothing to strive for.

Stars are made, not born. Research shows it takes at least 10,000 hours of intense training to become expert in a particular area. High achievers in maths sustain these hours because they are motivated to excel.

But deliberate practice is hard work. From ever faster times in kuku recitation to increasingly longer mental arithmetic problems, my observations in Japan show that Japanese children use competition to fuel their passion for maths.

Such competition is lacking in Australia.

Discovery-based methods for maths instruction might be more enjoyable, but they are also less effective at producing fast and accurate performance at an elite level.

How can we encourage Australians to share the Asian love of competitive maths?