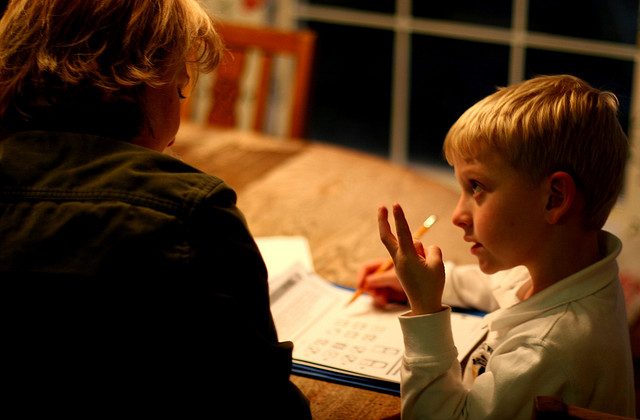 What Is 7×8? You’ll Need Confidence to Answer Correctly

The British Chancellor George Osborne recently refused to answer a simple times table question posed to him by seven-year-old school boy Samuel Reddings. Osborne was asked the question 7×8, but declined, stating that he had “made it a rule in life not to answer”. As Osborne studied mathematics up to A-level, it seems his reluctance was more about confidence than competence.

Unfortunately, it is socially acceptable for well-educated adults to comment openly that they have no self-confidence in their own mathematical abilities. Conversely, it is socially unacceptable for well-educated adults to say openly that they cannot spell. One wonders how the chancellor would have responded to a simple spelling question.

Teachers have a range of strategies at their disposal to boost their pupils’ confidence in times tables. The use of songs, memorable chants and tricks are increasingly popular in the classroom. Many young people are taught a trick with their fingers for the 9 times tables or to recite chants like “I ate and I ate, so I was sick on the floor” to remember that 8×8=64.

In the same interview, Osborne admitted to being a fan of US musician Pharrell Williams. But if only he had been a fan of the Steps song 5678 instead, he might have felt more confident that 56=7×8. Such strategies can be useful when children do not have the confidence or developmental readiness to understand times tables.

In 2012, then schools minister, Nick Gibb, stated: “learning times tables by heart should become a fundamental part of primary education for all pupils”. Some teachers believe that the only way for children to achieve this is to learn the times tables by rote, often emulating their own learning experiences. But rote learning has a public perception of being archaic and boring, meaning some teachers use rote learning behind closed doors (for example, not when inspectors are around).

There is a concern that while children who learn by rote may be able to reproduce the correct answers in tests, they may not able to apply their skills in other contexts. But this has been challenged by Israeli-American psychologist Daniel Kahneman who describes two systems: “thinking fast” (system one) and “thinking slow” (system two). His argument is that the rapid recall of times tables facts using system one provides the necessary input and conceptual thinking space for slower and more in-depth system two, resulting overall in a more efficient use of cognitive resources.

The spectrum of approaches for learning times tables ranges from processes at one end of the scale to conceptual understanding at the other, with no real consensus of opinion across the education sector about the best methodology. The discussion centres on whether the knowledge of times tables will be used as a tool to access the wider curriculum or as mathematical concepts in their own right.

For example, many people own a DVD player and can use it to play DVDs with significant confidence and competence, but very few people have a thorough conceptual understanding of how and why the DVD player works. This is not perceived as a particular problem, since the DVD player is only a tool – a process by which the required outcome of playing a DVD is achieved.

Some would conclude that this is comparable to learning times tables. It is fine to learn the processes initially and to then develop conceptual understanding over time as it becomes more important.

Calculators Do It for You

But an increasing number of children in schools are questioning why times tables need to be learnt at all when calculators and smart phones are so readily available. This is a logical argument, but the irony is that increased accessibility to technology makes it even more important to know the times tables. Politicians have argued that blindly trusting calculator outputs can lead to an over-reliance on technology and an under-development of cognitive instincts. Calculators are now being banned in maths exams for most 11-year-olds.

Children ought to have a feel for the reasonableness of answers provided by calculators and a sense of how numbers within the number system fit together. Such judgements require self-confidence, a willingness to take mathematical risks and the capacity to develop conceptual understanding by learning from mistakes.

To get the answer to 7×8 right, both children and adults need to have confidence in their own competence. Celebrities, politicians and other role models should lead the way in setting that example.

Adam Boddison does not work for, consult to, own shares in or receive funding from any company or organisation that would benefit from this article, and has no relevant affiliations. This article was originally published on The Conversation. Read the original article.