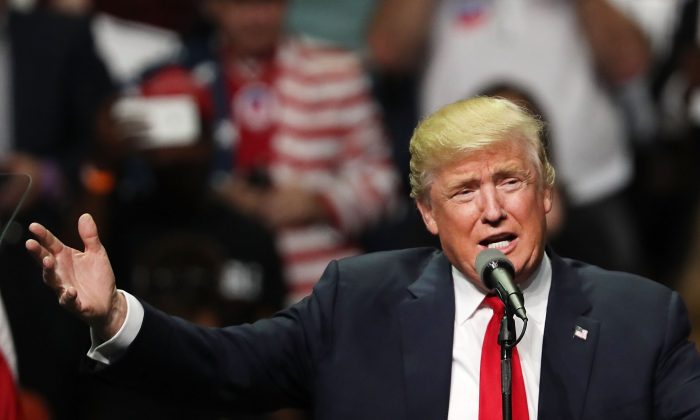 What Does and Doesn’t Happen If Trump Wins

As you read this, it is the day before the U.S. presidential election.

Although the polls suggest a tight popular vote, the election is still Clinton’s to lose—based on the essential advantage that any Democrat holds in the Electoral College.  Indeed, it is possible, as was the case for Democrat Al Gore in 2000, to win the popular vote and lose the election.

But it is not impossible for Trump to win.

So if we awaken on Wednesday, Nov. 9 and find national/global media (hysterically) announcing/denouncing a Trump victory, what will (and will not) happen?

Let us be clear.  President Trump will remain what candidate Trump has been: a racist, sexist, homophobic, anti-immigrant, blustering bully.  With his insult to Senator John McCain’s courage, while never himself wearing a uniform, Trump proved unqualified even to shine McCain’s boots. Trump is certainly intelligent (a stupid billionaire is a contradiction in terms) but massively ignorant of anything not business-tax related and uninterested in learning (dull) portfolios in foreign and domestic affairs.  He will insult friends and enemies alike; taking foot from mouth only to change feet.

But his prominence reflects failure by “inside-the-Beltway” chattering classes across the political spectrum.  They refused to believe that illegal aliens (“What don’t you understand about ‘illegal'”?) infuriated masses of citizens concerned about securing the border against aliens taking their jobs.  And even more important, they assumed that $15/hour “MacJobs” could substitute for $35/hour industrial positions.  Visiting a store where nothing is identified as “Made in USA” epitomizes that cheaper manufactures for masses does not balance devastated lives for “downsized” workers.

And you claim 2016 is unprecedently socially and politically disruptive?

Take a Valium and a deep breath.