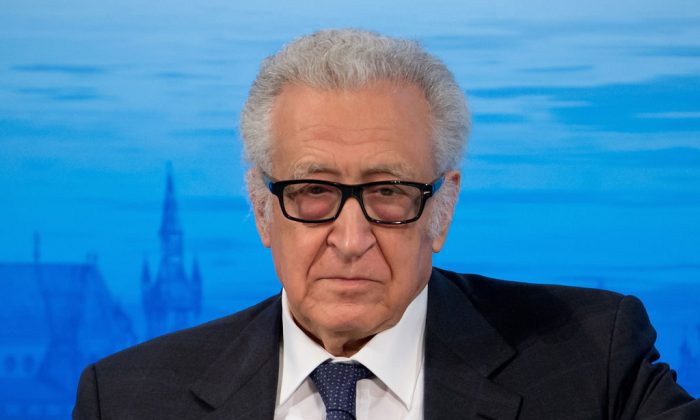 What Brahimi’s Resignation Means for the Syrian Conflict

Why did Lakhdar Brahimi resign at this time, and what does it signal for the prospects of finding a settlement to the Syrian conflict?

The resignation of Lakhdar Brahimi doesn’t come as a complete surprise. He and those around him had been indicating that he might retire from this position soon, largely because his tireless efforts over the past two years have been stymied and the Geneva II conference ended in a disappointing failure. He laid a lot of the blame on the Assad regime, which is becoming more entrenched after recent battleground victories, especially in Homs, and the recently announced presidential election. And the collapse of any semblance of U.S.-Russian cooperation, after recent events in Crimea and eastern Ukraine, added another layer of paralysis in diplomatic efforts. So it’s not surprising that he would ask to be relieved of this duty at this time.

What does the resignation of the second joint UN-Arab League envoy mean?

I would say both Kofi Annan and Lakhdar Brahimi did their very best; they are both very seasoned and credible negotiators. But the fact of the matter is that the Assad regime has proven not to be interested in serious negotiations that would lead to a meaningful transition, and Russia has proven unwilling to use its influence to bring about a transition.

In the current phase, the diplomatic track doesn’t exist after the failure of Geneva II, and the U.S.-Russian track does not exist either. The only track that is still alive is the U.S.-Iranian track, which is currently focused on the nuclear issue. If that track bears fruit and if, by the end of July, there is an agreement on this difficult issue, that could open the door for putting the Syrian issue back on the table.

Iran’s engagement could eventually be useful, because Iran has a deeper understanding of the Syrian situation and Middle East politics than the Russians and President Putin do. Putin views the Syrian crisis through the simplified lens of his own experience, using simple force to put down the rebellion in Chechnya. While the Revolutionary Guards and the hardliners in Iran send arms and fighters to Syria, some in Iran, especially those in the Rouhani camp, understand that there is a need for political transition in Syria and that the Assad regime really cannot reclaim full authority over the country due to sectarian and ethnic realities that Russia does not understand. Indeed, the Iranian foreign ministry led by Javad Zarif has put forward a four-point plan to that effect. If the Rouhani camp succeeds in the nuclear talks and gains more clout in Tehran, it might be able to bring more pressure to bear toward a transition in Syria.

At the same time, the United States, Saudi Arabia, and other allies in the region are discussing ways to increase their support for the mainstream Syrian opposition. The United States officially recognized the Syrian National Coalition recently, and its leader, Ahmad Jarba, has been in Washington this week meeting with officials on Capitol Hill and in the White House, including President Obama himself.

What are the short and long-term prospects for international intervention in the Syrian conflict, and is there a role for the United States or NATO?

In the short term, it is clear that the Obama administration is not interested in any major change in its largely disengaged approach to this conflict. Talk is concentrated on a slight increase in the quantity and quality of weapons that might be allowed to the Syrian opposition, but not anything that promises to be a game changer. I don’t expect an imminent breakthrough on manpads (man-portable air defense systems), but it’s possible a small number, closely monitored, could see their way into the theater. If they prove effective, the numbers could increase. That wouldn’t defeat the Syrian regime by any means, but it would enable the Syrian opposition to set up more bases in liberated areas.

The United States is also assessing the rising al-Qa‘ida threat, which it sees as more dangerous to it and Europe than the Assad regime. Al-Qa‘ida has laid down the pillars of a pseudo state in eastern Syria and western Iraq, where it has access to oil and many resources, and it is likely to be a very powerful force for several years to come—sort of like an emerging Waziristan in the Levant.

The longer-term question is whether some larger military action will become necessary down the road, requiring the resources of NATO or the U.S. military, which might include the use of drones or the establishment of a no-fly zone. Right now, I don’t see any direct role for NATO, other than coordinating with other national armies and intelligence services to facilitate the support for the Syrian opposition.

It is important for Mr. Jarba to keep these options on the table, even if they are at present a no-go for the United States and Europe. The situation is going to get worse over the next year or two. The Assad regime is only getting more aggressive, and the opposition, while still rather fragmented, will continue to fight on. In addition, the Assad regime is not targeting al-Qa‘ida-controlled areas with its air force. The non-regime areas that need protection are the “good guys,” the non-al-Qa‘ida opposition.

What lies in store for Brahimi’s replacement?

The time does not appear ripe now for a negotiated breakthrough. For the conditions to be right, the Assad regime has to be under much more intense military pressure, and Assad and his allies would have to be convinced that he has to make serious concessions. As long as his regime is not losing, and is indeed gaining some ground, he and his supporters will not countenance serious negotiation. And if and when the pressure is brought to bear—as it was when Obama threatened to bomb over the nuclear weapons issue and the regime offered to give up its chemical weapons—it doesn’t matter all that much who is the mediator: concessions will be made.

There are a number of international and Arab diplomats whose names have been mentioned informally to take over from Brahimi. I would hope that the UN and the Arab League continue to have a joint envoy and continue to work together, because it sends a better message about their commitment to concentrated diplomacy and because we need both the regional and international players to be working together to find a resolution to this catastrophic crisis.