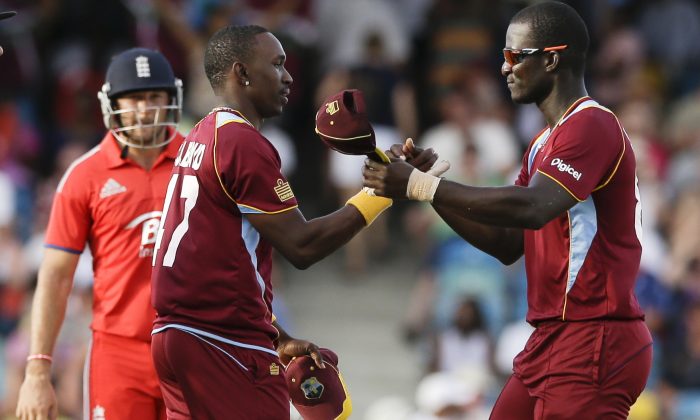 West Indies exacted revenge on England for its loss in ODIs earlier this month by sealing the T20 International series in just two matches.

The team won by five wickets on Tuesday after winning the first match by 27 runs.

The third match in the series is set for March 13 at Kensington Oval in Bridgetown, Barbados.

It will be broadcast on Sports Max in the West Indies, Sky Sports 2 in England, SuperSport in Africa, ESPN3 in the United States, and Ten Cricket in India.

Live streaming is available via the Sky Sports service NowTV in the U.K.

It will be the final game for both teams until the T20 World Cup in Bangladesh, which begins later this month.

The West Indies will first play in the tournament vs India on March 23. It will also face Australia and Pakistan.

England will first play in the tournament vs New Zealand on March 22. It will also face Sri Lanka and South Africa.