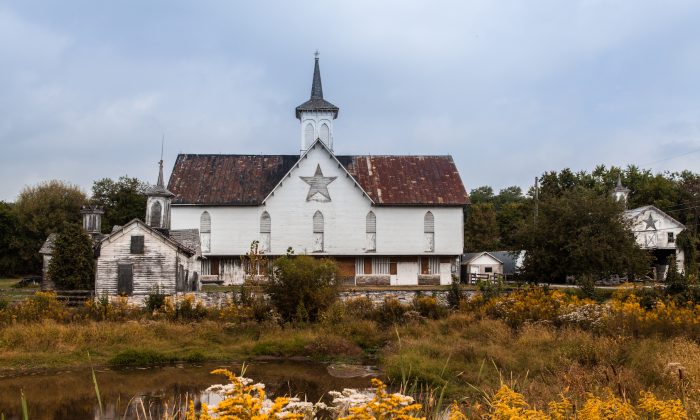 David Abel, the owner of Star Barn, an iconic wedding venue in central Pennsylvania, asked for respect for their faith and beliefs after their policy barring same-gender wedding in his wedding venue was criticized in a controversial post on Facebook.

Abel, a Roman Catholic, told Penn Live that the policy is not about discrimination but about his faith and beliefs.

“No persons will be discriminated against,” he told Penn Live. “However, we ask people to respect that we have core tenets in our faith and our beliefs and we cannot participate in any event that would be in contradiction to those core tenents—one of them being marriage, which has been biblically based for thousands of years as being between a man and a woman.”

“The United States government is a government founded on the principles of religious freedom. It was also founded as one nation under God, not over God,” he added.

We hope everyone had a fabulous time at our Nostalgic Daze event this past weekend at Stone Gables Estate! Special…

The controversy arose when Steven Dinnocenti, a retired educator, made the issue public on social media.

Dinnocenti, who is gay and married, learned of the policy after he attended functions at the venue.

“We all thought that it was going to be great when it was announced that The Star Barn was going to be saved by Ironstone Ranch in Elizabethtown for their celebration venues on the property. I attended a friends wedding there two years ago, not knowing what I am about to tell you. … What one does not know is the blatant discrimination they have towards the LGBTQ community and other individuals that they have written in their Core Values statement,” he wrote.

“Never again will I step on there grounds,” he stated.

The Star Barn, as part of Stone Gables Estate, is a historic structure located in Elizabethtown, about 95 miles away from Philadelphia.

National Park Service retained the registration of National Register of Historic Places for The Star Barn Village after the location in October 2015.

The Star Barn, known worldwide for its unique architecture, needed a host of improvements to restore the sagging structure, meet modern design codes and preserve it for future generations.

“We believe that everything we have is a gift from God that we are to use to honor Him through our activities, events, and endeavors. No event that directly contradicts the Word of God will be permitted to take place on the premises,” read the Mission Statement (pdf) of The Star Barn Village.

We hope everyone had a wonderful time at our Farm-To-Table Dinner at The Star Barn last week! We would like to thank the…

“We embrace God-honoring events that seek to build the family. We respect each individual as a member of our global community, as created in the image and likeness of God, and we will not tolerate discrimination against any one person. We provide marriage-related services as ordained by God’s Word, the Holy Bible, that are consistent with the written truth that marriage is the union of one man and one woman,” the statement also regards family as one of their core values.