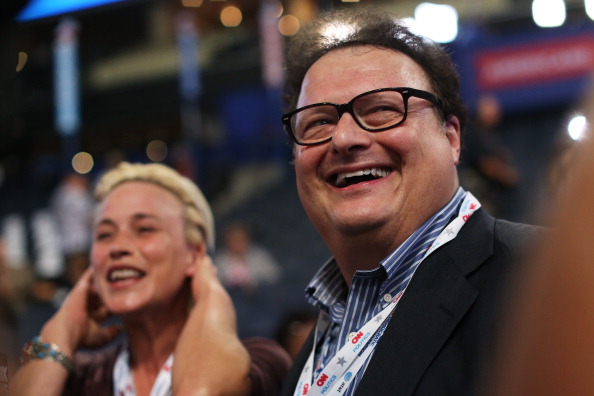 Wayne Knight, the actor who played Newman on “Seinfeld,” is still alive and well, he said this week after a death rumor went viral.

The fake article was published on eBuzzd, which posts mostly fake news–including a viral story that claimed Austin “Chumlee” Russell of “Pawn Stars” had died.

Knight tweeted, “Does someone have to DIE to trend? Geez! Thanks for all the love everybody. I didn’t know you cared. Glad to be breathing!” He added: “Thanks to the small town of new followers who came onboard just to tell me they’re glad I didn’t kick! I feel good about the result as well.”

The eBuzzd article was actually referring to a real car accident on Saturday that killed a woman and left her son in critical condition. A GoFundMe website was set up for the incident.

“Regrets to my friends and family who were shocked this morning and the family of the woman who actually died in my ‘supposed’ accident,” Knight also tweeted.

“While we lavishly swim in our mounds of benjamins and enjoy our ‘tens of thousands of dollars’, as the report says, we’d like to thank CBS News for reporting with a neutral mindset while refraining from trashing eBuzzd. Maybe we could take a lesson from CBS News and their reporting style (nah…just kidding!),” it says.

“A site like TMZ makes maybe 100 million page views a month. Obviously, these fake sites aren’t getting anywhere near that, but if they can get really a fraction of that, they can make tens of thousands of dollars off of one of these fake stories over just a couple of days,” Tim Stevens, the editor at large at CNET, told CBS.

Rich Hoover, who owns celebrity death hoax site FakeaWish.com, told CBS: “It’s important that the articles are structured so they’re not slanderous. In almost every single article, there’s a statement that says ‘drugs and alcohol were not a factor’.”