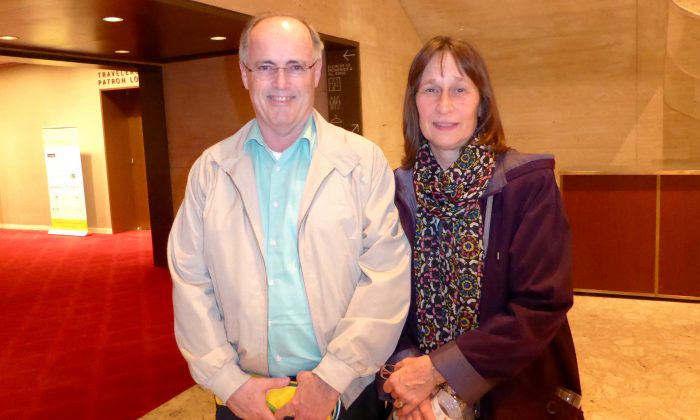 NEW YORK—Audience members at Shen Yun’s Friday performance, March 11, at Lincoln Center in New York City were uplifted by the positivity emanating from the show.

“It was excellent. Very cultural. It was a historical portrait of the Chinese people,” said Bob McKenna, who works in IT for a major corporation. He viewed Friday’s performance with his wife, Kris McKenna.

Bob not only got an educational experience. He reflected on the deeper meaning of the performances. The final dance performance explores the ancient Chinese belief that humans came from the heavens, and that if people do good while on earth, they can one day return, according to the program book. “In the future, [it] looks like we are going back to a new beginning,” he said.

He was also impressed by the solo performance on the erhu, a Chinese two-stringed folk instrument. “Such a dynamic range, I love it,” he said.

He felt watching Shen Yun was like a special gift. “My nephew, my nieces, younger people have to see it.”