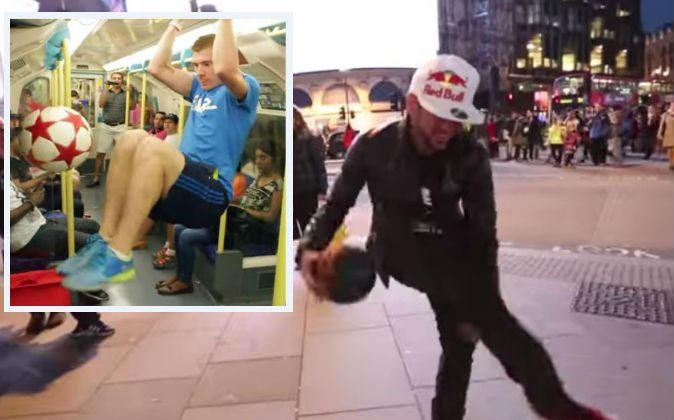 Andrew Henderson takes his quick, fluid moves all over London. It may not be a World Cup goal, but what he does with a soccer ball still has much power to enthrall crowds.

Henderson won the World Freestyle Football Champion title in 2012 and 2013.

Freestyle football, as it is known in most of the world though it is called freestyle soccer in America, has been around for more than 100 years. The skills were refined by circus performers in the early 1900s, according to the Freestyle Football Federation website. The techniques were drawn, however, from ancient art forms dating back 1,500 years or more.

In the following video, freestyle footballer Sean Garnier plays a trick on some youth. He disguises himself as an old man and pretends to bust in on their soccer game, trying to play but failing to keep up with them. When he really shows his skills, the players and the crowd are shocked.

Garnier performs his freestyle soccer tricks on the street: