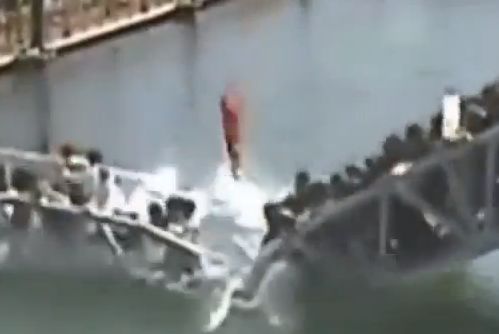 At a scenic area in Lushan, Jiangxi Province, China, on Saturday, a throng of tourists crowded onto a footbridge, which collapsed as a result.

No one was hurt, but many got wet.

The Shanghaiist quotes local news outlet Nanchang, which said before the collapse, the tourists were acting “so emotional, climbing railings” and “exacerbating congestion on the bridge approach.”