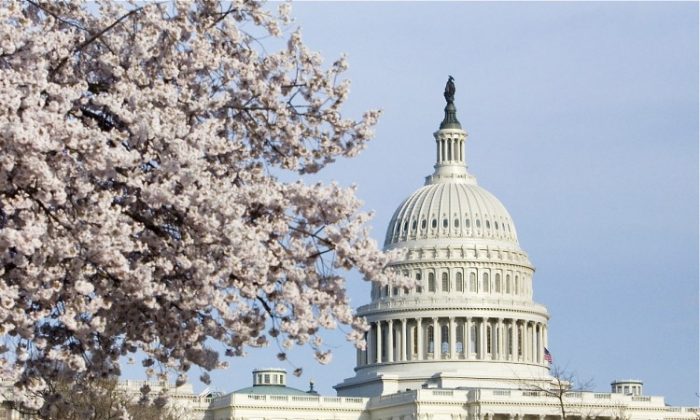 U.S. Ambassador to East Timor, Joseph Grover Rees, acknowledged Shen Yun and its presentation of traditional Chinese culture saying it was "a shame [Chinese culture had to be] preserved in exile." (Lisa Fan/The Epoch Times)
News

WASHINGTON—It was festival time in D.C. when Shen Yun Performing Arts premiered its 2012 season at the Kennedy Center in Washington on a balmy night on March 21.

Fittingly, the annual Cherry Blossom Festival began the day before and Washingtonians came out in numbers in their finery, to celebrate and see Shen Yun, the New York-based classical Chinese dance and music company.

Cherry blossoms, the sign of spring’s arrival, are understood by many to symbolize rebirth, renewal and hope. For many people Shen Yun represents that too.

Shen Yun’s mission is to restore and revive Chinese traditional culture, which has been all but demolished after 60 years of communist rule.

“However, the deeper spiritual core of the ancient culture, with its values of benevolence, honor, propriety, wisdom, and sincerity, as well as a reverence for the gods and the heavens, cannot be destroyed,” the Shen Yun website said.

Present on the opening night were Ambassadors and members of Congress; both active and retired members of the military and government services; arts patrons and artists; children and grandparents; and many different nationalities.

Among them were Brig. Gen. Jorge D. Riojas, Assistant Secretary in the Department of Veterans Affairs.

“It was obvious they are dedicated professionals … because it was a first class performance,” he said.

U.S. Ambassador to East Timor, Joseph Grover Rees noted how unfortunate it was that Shen Yun is not able to perform in mainland China under today’s communist regime.

“It is shame when a culture as beautiful and as rich and as ancient as the culture as China has to be preserved in exile,” he said.

Western audiences have embraced Shen Yun performance with enthusiasm, happy to gain a glimpse of a China they rarely see. And so it was in Washington where members of the audience cheered and drew an encore from bel canto soprano soloist Haolan Geng, for her rendition of “Speaking of Predestination.”

As the audience left the theater, murmurs of “beautiful,” “stunning,” and “breathtaking” could be heard.

Carolynn Balser and Charnell Bonville, who both work in the military, were in the audience. Ms. Balser is in family assistance and Mr. Bonville, a soldier.

“The costumes, the dancing, I enjoyed every second it,” said Ms. Balser.

“The ones with the dancers with ribbons on their hands. I just loved the way it all flowed—it was just so colorful,” said Ms. Balser, referring to Sleeves of Silk.

Sleeves of Silk depicts a particularly expressive form of Classical Chinese dance where long silk sleeves are used as extensions of the dancers’ arms, “hanging in the air long after the movement has finished,” the Shen Yun program explains. These types of dances are known as “water sleeves.”

“I loved it,” she said of Shen Yun, adding with more force and a smile, “I loved it!”

“It was just perfect,” she said.

Mr. Bonville was also full of praise for Shen Yun

“I completely loved it,” he said, “It was definitely outstanding.”

As a military man, Mr. Bonville was impressed with the discipline of the Shen Yun dancers saying, “They give all their effort. I really enjoyed it.”

He was particularly glad he was able to get seats close enough to see the different emotions expressed on the performers’ faces.

“They definitely told a story with their faces also, which made me feel a little part of the show. I know what they are feeling,” he said in awe, “I appreciated it.”