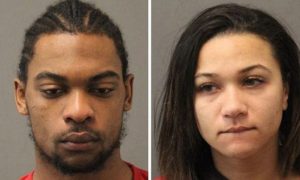 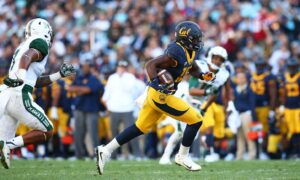 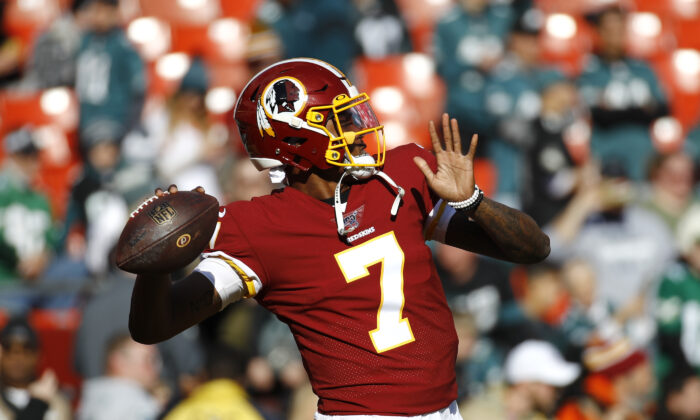 Washington Redskins quarterback Dwayne Haskins warming up before the start of the first half of an NFL football game, in Landover, Md., on Dec. 15, 2019. (Patrick Semansky/AP Photo)
US News

The NFL team formerly known as the Washington Redskins announced a temporary name change after retiring the controversial name and logo.

On Thursday, the team said it will be called the “Washington Football Team,” coming weeks after it announced that it would drop the “Redskins” moniker. Critics of the name have contended that it is insensitive.

The team appears to have the same color scheme of burgundy red, white, and yellow.

The statement added: “In addition, we are rolling out an aesthetic that reflects the direction of the franchise as we progress toward a new name and design scheme.”

The team said it will undergo an in-depth process to re-create its branding and logo.

“To date, we have been pleased to see so many people putting forward their vision of what the new name and design should be on their social media channels and we look forward to including their feedback as this process progresses,” the Washington team added.

The team will over the next 50 days now have to come up with a new name and logo. The NFL season starts in early September.

“We will begin the process of retiring all Redskins branding from team properties whether it be FedExField, Redskins Park, other physical and digital spaces. We hope to complete this process in full by the team’s home opener against the Philadelphia Eagles on September 13,” it said.

The team had the Redskins name starting in 1933 but over the past several years, there has been pressure to retire the name over negative connotations associated with the symbol.

The pressure became too great in the aftermath of George Floyd’s death in Minneapolis, which sparked mass demonstrations and civil unrest.

Red Wolves and Red Tails are among the betting favorites for the new name.

“I think it’s critically important because you don’t want to do (a name change) again,” Carnegie Mellon associate professor of marketing and strategy Tim Derdenger said recently. “You don’t want to mess this up, so they really need to take it seriously.”