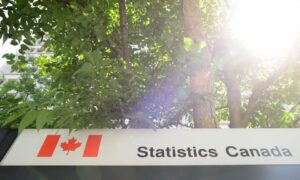 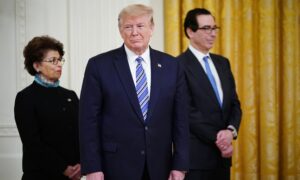 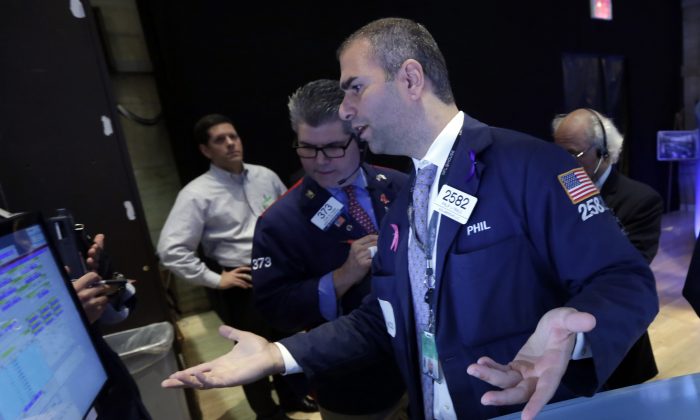 Specialist Philip Fianle (R) directs trades in Rite Aid on the floor of the New York Stock Exchange on Sept. 18, 2014. The securities industry in New York City tallied $8.7 billion in profits during the first half of 2014, which was 13 percent lower than the same period last year, New York's comptroller reported Tuesday. (AP Photo/Richard Drew)
Business

Wall Street Profits $8.7B in 6 Months

Profits are lower than same period last year due to 2008 financial crisis?
By Michael Virtanen
Print

ALBANY, N.Y.—The securities industry in New York City tallied $8.7 billion in profits during the first half of 2014, which was 13 percent lower than the same period last year as it continued to deal with the fallout from the 2008 financial crisis, New York’s comptroller reported Tuesday.

The analysis shows that despite its profitability over the past five years, the industry continues to downsize in New York, Comptroller Thomas DiNapoli said.

The report cites legal costs and other fallout like new regulation to strengthen the financial system and avoid another crisis. The average bonus, which rose to $164,530 last year, is likely to rise again in 2014, including deferred payments, it said.

“Wall Street remains very profitable, but earnings may be constrained this year as the industry pays a price for behavior that contributed to the financial crisis,” DiNapoli said. “While the securities industry in New York City has a smaller employment base than before the financial crisis, it remains an important part of the economy and a major contributor to state and city budgets.”

Last year, Wall Street pre-tax profits declined by 30 percent to $16.7 billion because of higher non-compensation expenses, according to the comptroller’s office. Since the start of 2009, the six largest bank holding companies, including their securities operations, have agreed to pay an estimated $130 billion in settlement costs from the financial crisis.

“Looking forward it remains to be seen how future regulatory changes and the pace of higher interest rates and economic growth will impact the industry,” DiNapoli said. He’s sure that will be reflected in next year’s report, he said.

While the profit calculations follow those periods’ settlement payments, DiNapoli said the $130 billion is the aggregate going back a few years, and additional legal settlements continue to make news. “I don’t think we know what the end game is on that in terms of a total amount, but obviously that continues to be an important factor that impacts on the profits of the industry.”

The report examines profits for the broker/dealer operations of New York Stock Exchange member firms. It shows the average salary, including bonuses, has held relatively steady for the past three years, at nearly $360,000 annually. That’s more than five times higher than the average salary in the rest of the city’s private sector.

The city’s share of national securities employment is less than 19 percent, having hovered slightly above 20 percent for the past decade and nearly one-third in 1990, the report said. It still has twice as many as California, with the second-largest industry employment.