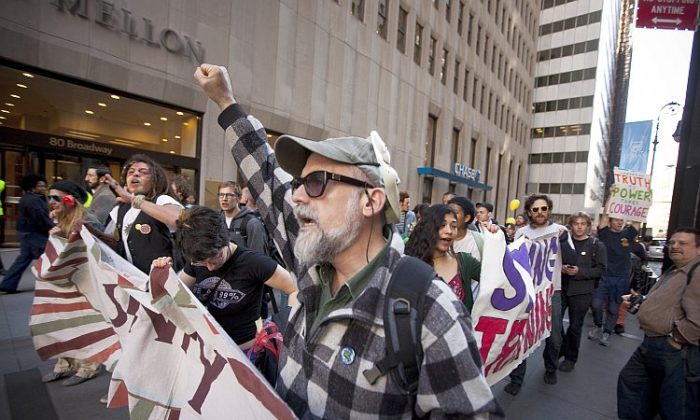 Reputation is built on the opinion of others and includes honor, character, and how one is regarded by one’s customers, shareholders, and others. Reputation is an important issue when it comes to the survival of any small, large, or global corporation.

“Reputation affects attitudes like satisfaction, commitment and trust, and drives behavior like loyalty and support. … We firmly believe that these are the things that matter and must be measured,” according to the website of Echo Research Ltd., a subsidiary of Ebiquity PLC.

Echo Research suggests that it is the sole company worldwide that has designed a system that systemically evaluates a company’s reputation among its investors, suppliers, peers, customers, employees, and regulatory agencies, its standing in the industry, and its ability to compete successfully.

“We often support clients beginning on this journey with a Reputation Audit—making what you have work harder for you and identifying gaps, and build tailored Reputation Scorecards and Key Performance Indicators,” Echo Research states.

“A new study by Echo Research has revealed that over half Wall Street company executives believe the Occupy movement has had an impact on their business. Up to 94 percent say their firms got a negative public reaction by action or inaction,” said Echo Research in a March 27 announcement.

Corporate marketing and communication officials acknowledge almost unanimously that public sentiment turned against them because of their behavior, that is, what they did and what they didn’t do.

About three-fourths of the surveyed executives said that regulations of the lending industry will improve perception faster than without such regulations.

“Whereas issues such as capital and liquidity challenges, weak financial performance, and the lingering impact of the subprime mortgage crisis have been the most important factors in tarnishing the industry’s image, the study found, the respondents are now looking to management and product/service quality as well as their company’s commitment to rebuilding reputation as most critical,” said Scott Tangney, executive vice president at Makovsky, quoted in an article published on the Daily ‘Dog, a public relations forum.

“When asked to give a public relations grade for the financial services industry, 57% graded ‘average,’ ‘below average’ or ‘failing.’ Thirty-four percent (34%) graded ‘above average’ and 9% said ‘perfect,'” according to the Daily ‘Dog article.

“We are seeing the emergence of a group of companies that garner reputation equity by being positively associated with multiple industries,” said Robert Fronk, executive vice president at the market research firm Harris Interactive, in a 2012 release of its annual Reputation Quotient (RQ) study.

Apple Inc. was awarded the highest reputation score (85.62) in history. The areas in which Apple scored highest were financial performance, products and services, vision and leadership, and workplace environment. Apple lost out on the social responsibility and emotional appeal factors, which went to Whole Foods Market and Amazon.com Inc. respectively.

The companies with the top five RQ scores, including Apple, are Google Inc., which slipped into second place with a score of 82.82, Coca-Cola Co. with 81.99, Amazon.com with 81.92, and Kraft Foods Inc. with 81.62, according to the Mac Observer website.

“A dozen companies visible in 2011 did not appear this year at all, including 3M, Intel Corporation, SC Johnson, Unilever, Facebook, Pfizer, State Farm Insurance, The Allstate Corporation, Shell, Monsato, American Airlines, and Delta Airlines,” according to the Harris Interactive RQ study.

“With 1-in-2 companies losing their enviable industry position during the past year, the stumble rate highlights just how difficult a good name is to keep,” said an article on the ReputationXchange.com website.

Corporations could lose their reputation in an eye blink and become an eye sore in their respective industries. The stumble rate of global corporations increased from 43 percent in 2011 to 49 percent in 2012. The stumble rate is “the rate at which companies lose their 1 most admired position in their respective industries,” according to ReputationXchange.

Many industries retained the same No. 1 most admired company as in 2011, including the computer, electronics, entertainment, and health care industries, while seven industries experienced a change, including the airline, motor vehicle parts, and telecom industries. In the last three years, 40 out of 60 industries saw at least one stumble, according to ReputationXchange.

Reputation drivers include intention, actions, and results, with each subdivided into categories, such as vision, promises, leadership, outreach, regulations, and finance.

“Perhaps companies should apply ‘stress tests’ in the same way they are applied in medicine—determining how the organization’s core equity responds to external stress or crisis in a controlled environment. Very much like scenario planning,” ReputationXchange advises.

“We are the 99% that will no longer tolerate the greed and corruption of the 1%,” the Occupy Wall Street website states.

Since the Occupy Wall Street movement began, people have stepped forward and demanded to be heard. People are standing up for their rights or are more willing to report misconduct.

Bank of America was caught off guard when its new $5 monthly charge on debit cards triggered customer and politician outrage, and it had to quickly reverse its plans for this monthly fee.

Goldman Sachs Group Inc. already had been sliding down on the reputation scale when a former employee wrote a critical Op-Ed in the New York Times concerning the firm’s culture.

Occupy Wall Street is going strong and has no intention of stopping, keeping the momentum going by arranging protests throughout the United States.

“Occupy Wall Street is a people-powered movement that began on September 17, 2011 in Liberty Square in Manhattan’s Financial District, and has spread to over 100 cities in the United States and actions in over 1,500 cities globally,” according to the Occupy Wall Street website.

The Occupy Wall Street movement states that it “is fighting back against the corrosive power of major banks and multinational corporations over the democratic process, and the role of Wall Street in creating an economic collapse that has caused the greatest recession in generations.”