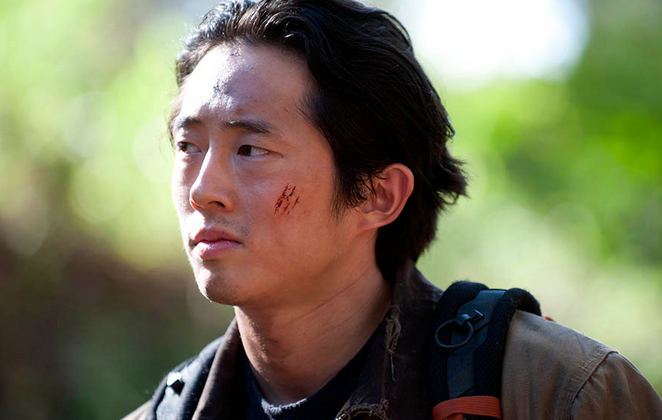 “The Walking Dead” cast and crew is still doing filming, with a few set photos from Georgia leaking out recently.

The Spoiling Dead Fans, a Facebook page and blog that monitors the show’s filming progress, posted a series of updates on Monday and Tuesday.

The crew and cast members are still in Griffin, Georgia. “Base camp will be across from the post office in Griffin tomorrow. Signs are up for slowed/delayed traffic tomorrow,” reads a post.

This comes a few days after the Facebook page shared a photo of a “blood”-splattered fire truck. “You’d never think that a fire truck could be any more red…… Unless of course you add blood,” it sas.

It added on Tuesday: “Filming is on Griffin today around Solomon and 6th street. After today’s filming they should move everything to Atlanta.”

The last update on Tuesday said, “There were 10 or so walkers that left base camp. There are possibly more. Something will be filming shortly involving the walkers. We may have a small herd coming up.”

Last week, photos suggested that Rick, played by Andrew Lincoln, would and some of the group members will make it out of Terminus and will arrive at a hospital

The photo of the hospital location shows tents and fences surrounding it.

It’s also been suggested that it is unlikely any major new characters will be introduced in the first portion of Season 5 other than Father Gabriel and a few others.