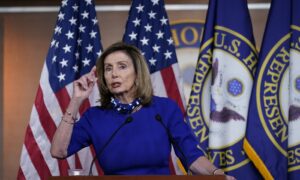 NEW YORK—The brief but drastic stock market fall almost two weeks ago was not caused by a rogue trader or hedge fund as previously suspected, but by asset management firm Waddell & Reed Financial Inc., according to a Reuters report.

Reuters obtained documents that Waddell sold large quantities of e-mini future contracts during a span of 20 minutes that caused the Dow Jones Industrial to momentarily tumble by almost 1,000 points on May 6.

The documents were internal findings by the Chicago Mercantile Exchange.