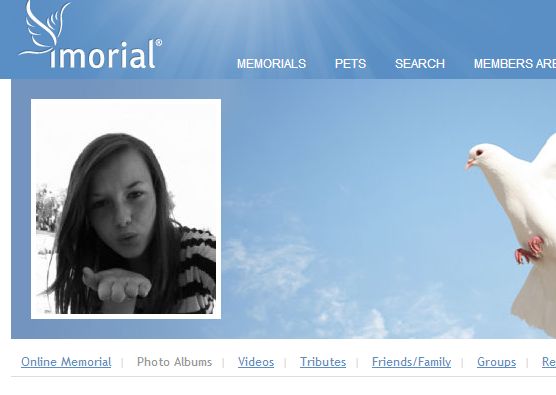 A memorial website set up for Rebecca Ann Sedwick, a 12-year-old girl who commit suicide in September after being bullied online. (Screenshot/Imorial.com)
US

Vivian Vosburg, the mother of a Guadalupe Shaw–one of the girls accused of bullying a Florida girl before she killed herself–was arrested on unrelated charges, said Florida officials.

The Polk County Sheriff’s Office arrested her on Friday.

She is the mother of two girls, including 14-year-old Shaw, who allegedly harassed and bullied 12-year-old Rebecca Sedwick before she committed suicide, reported ABC News. The girl was charged with felony aggravated stalking in connection with Sedwick’s death.

Polk County Sherriff spokeswoman Carrie Eleazer told ABC that Vosburg was arrested for “beating children she had access to.”

The mother was arrested on charges not related to the girl’s death.

The charges against Vosburg apparently stem from a video that was posted on Facebook, showing two underage boys fighting. She reportedly punched them and screamed profanities, ABC reported.

Vosburg said she was trying to break up the fight, but she added later she punched one of the boys in the face, adding she knew she should not have hit them with fists.

The girls reportedly said that Sedwick should “drink bleach and die,” “You should die,” and “Why don’t you go kill yourself,” the sheriff’s department said.

“I would check her Facebook every time she would get on it,” she said Tuesday.