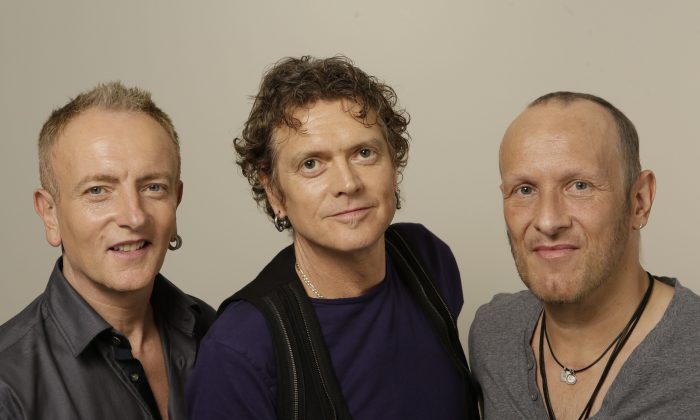 In this photo taken Wednesday, Sept. 25, 2013, British rock group, Def Leppard, from left, Phil Collen, Rick Allen and Vivian Campbell pose for a photo in Los Angeles. First up, in a year of firsts for the band, is the special-event screening Wednesday, Oct. 1, 2013, (and again on Oct. 8) of their live concert film at theaters nationwide Def Leppard Viva! Hysteria Concert. (AP Photo/Damian Dovarganes)
Entertainment

Vivan Campbell has announced that his cancer is in remission.

He said that he’s cautiously optimistic after receiving his second prognosis of remission since November.

“I’m currently in Boston and I did a scan on Tuesday morning,” Campbell told fans via Facebook.

“The scan shows that the cancer is in remission. Great news, but I’m trying not to get too excited about it, as I heard that same phrase late last year — only to be disappointed again a few months after when it returned.”

Campbell is continuing chemotherapy while Def Leppard wraps up its tour with Kiss. The tour wraps up in August after several more shows.

“The plan is to do a stem-cell transplant as soon as the tour is finished,” Campbell explained.

“However, to keep me in remission, my doctors have recommended that I do another, third round of the chemo, so I’m back in hospital, all hooked up and doing my rock ‘n’ roll drugs. Keef would be most proud!”