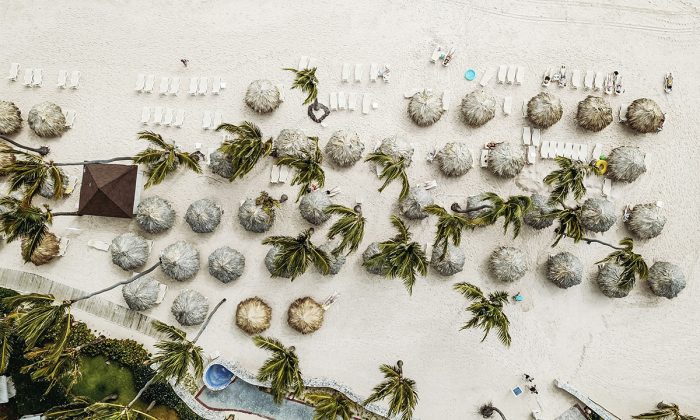 A Virginia woman is claiming that she became sick on her Dominican Republic honeymoon and it turned into a years-long ordeal.

Carrie Clark said that for three years, she was frequently hospitalized after a stay at the Excellence Resort in Punta Cana, reported the New York Post.

Clark, who was 31 at the time, checked into the resort in 2011 with husband Tom for a 10-day-long vacation.

The couple had drinks from the resort’s poolside bar, went snorkeling, zip-lining, and other activities.

“Everything was great,” Clark told the newspaper on July 2.

But, she added, “On my second to last day, I started to feel sick. I couldn’t eat, anything I tried to eat would make me throw up. I would get uncomfortable stomach pains.”

Clark said she believed she “ate something weird” or experienced a virus, but when she arrived home, the illness got worse.

“It progressively got worse within a week of returning,” Clark said. “I couldn’t stop throwing up. The episodes got increasingly worse and the vomiting wouldn’t stop.”

She experienced “indescribable” stomach pain. “It was a pain that was gutwrenching,” Clark said. “I would always try to explain it to the doctors.”

Doctors couldn’t figure out why she was sick.

“The doctors at one point were baffled,” Clark said. “They couldn’t figure out what was going on.”

Clark said she would spend long periods of time in the hospital because she kept vomiting.

“It would be this ongoing cycle,” she said. “I would go away and get it under control and then I’d end up in the hospital.”

She also tried to keep her job at a nonprofit but lost it due to her sickness.

“I was in and out of the hospital. I eventually lost my job because I couldn’t work,” she recalled.

Eventually, Clark said that because of her illness, she moved to a parent’s home in Virginia in 2013. In February 2015, her health took a positive turn and didn’t require hospital trips or drugs.

“It was gone as quickly as it had come,” Clark said. “For many months, we had lived in fear of it returning at any time.”

Her account of the mystery illness comes as amid reports of around a dozen American tourists dying in the country.

“I wasn’t at first sure it could be associated but the more things started coming out … I was like well maybe I need to wrap my head around what is going on there,” she said of the deaths.

Clark told the Post that she always felt the illness was associated with her honeymoon in the Dominican Republic.

“It makes me feel almost not as crazy as I did during that period of time,” she said. “It almost helps in a way. It brings a little closure.”

The head of the Hard Rock resort chain is claiming that “different water” might have accounted for the mysterious deaths of American tourists in the Dominican Republic in the past year.

Allen made the comments just a few days after a Denver man died on the island. Khalid Adkins, 46, was on vacation with his daughter and was slated to fly back to the United States last week, but he suffered a bout of a serious illness before taking off on a plane and was taken to a nearby hospital.