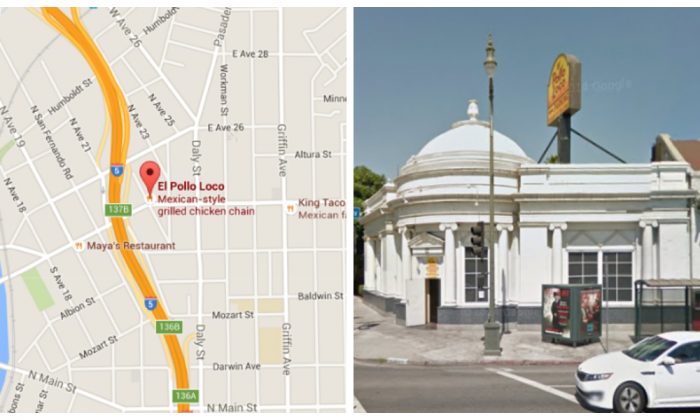 Intense rainfall from El Niño-bolstered storms caused part of a wall to collapse at a fast food restaurant in Los Angeles on Jan. 5.

Pretty soon, the deluge caused a chunk of the wall to give way and allowed water to come pouring into the restaurant.

Everyone inside was temporarily evacuated, although the store later re-opened after it stopped raining and the wall was fixed.

Intense El Nino rains created a scary moment for those dining at El Pollo Loco as a portion of the wall gave way. abc7.la/1IPUZUF

The El Niño-enhanced storms have brought rain and snow to California this week, reported AccuWeather.

El Niño refers to the above-average temperatures currently coming to the West from the tropical Pacific Ocean.

The weather website said that through Friday, the total rainfall from the storms will average 2-4 inches along California’s coast with locally 6-10 inches along the west and southwest-facing slopes of the coast range.