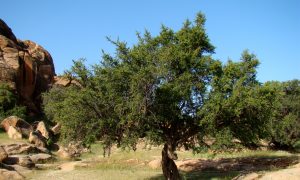 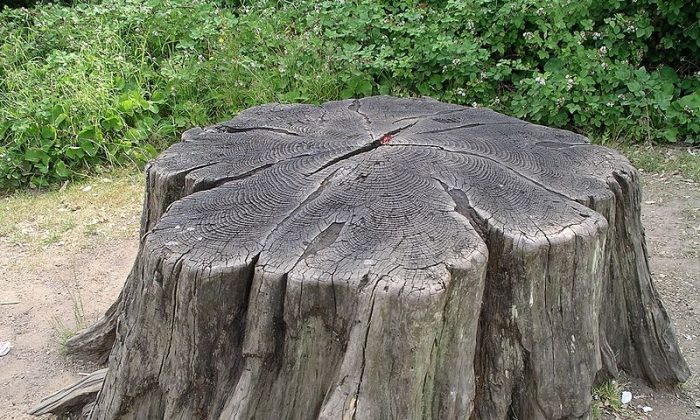 Tree stump, about 37 years after felling (This file is licensed under the Creative Commons Attribution-Share Alike 2.5 Generic, 2.0 Generic and 1.0 Generic license.)
Trending

An SUV driver had the brilliant idea to try and remove a tree stump the old-fashioned way.

In proving the adage, “just because you can, doesn’t mean you should,” the driver, “Paul,” tied a rope to the stump and then fastened it to the back of his vehicle.

Then, he stepped on the gas.

The stump is then forcibly removed from the ground before it springs up and smashes the car.

Carsdirect.com says that front and rear windshields are the most expensive to replace, averaging $300. Tree removal service can run from $150 to $200, which means that the uploader likely didn’t save any money at all via the stunt.

But at least he got a nifty viral video.

One commenter chimed in: “This is just a glimpse of whats to come if people keep taking vertical video. We are all doomed.”

“As soon as I saw it was a vertical video I knew stupidity would follow,” said a second.

Wrote one, “Just say no to drugs.”

One person said, “That stump must [have] been cut 75% through already for it to snap off like that.” The original uploader, “Big Daddy,” responded with “correct.”

DIY Hack to Get Unstuck from Mud