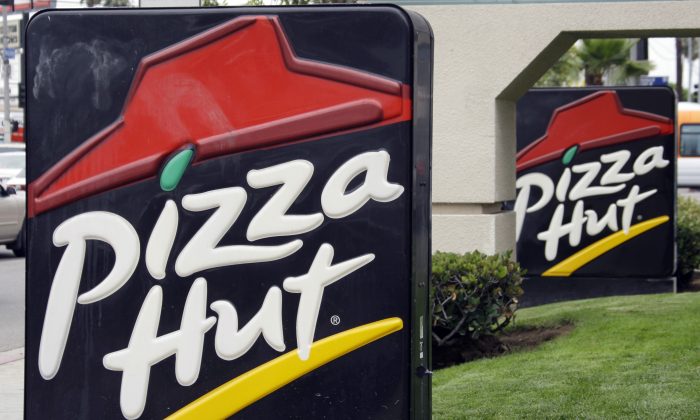 'There is no tolerance for this'
By Epoch Newsroom

A video appearing to show Pizza Hut employees smoking out of a glass water pipe, or bong, on New Year’s Eve has gone viral.

The video was allegedly filmed at the Cypress, California location of the chain, reported several news sites, including Eater.com and Mashable.

It was taken on Dec. 31, according to reports.

“Footage has emerged of several workers at Pizza Hut celebrating the new year in their own special way ….. surely not something Pizza Hut want to convey to their consumers,” read an explanation on LiveLeak, where the video was originally posted.

The company said the people in the video have been fired.

“There is no tolerance for this kind of activity at any of our restaurants,” Pizza Hut said in a statement to Eater.com.

“The local franchise owner took swift action and the employees involved will no longer work for Pizza Hut.”