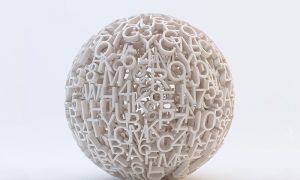 Video: This 3D-Printed Car Is the World’s First

Of all the things you can have 3D printed, add an electric car to the list.

Watch above as the world’s first-ever 3D printed automobile is made from the ground up in one piece. Local Motors, the auto manufacturer behind the Strati, which is Italian for “layers,” said the mostly carbon fiber and plastic car took only 44 hours and less than 50 parts to assemble.

For its debut at the International Manufacturing Technology Show (IMTS) 2014 in Chicago on September 13, the golf-cart sized two-seater was driven around at a speed of up to 40 MPH and shown off to journalists and auto industry insiders.

At an eventual cost of $18,000 to $30,000 when it goes to market, a custom-made 3D printed Strati isn’t cheap, but it doesn’t break the bank either. In contrast, Tesla’s popular Model S costs upwards of $70,000, but then again the Model S superior in almost every other conceivable way.

Local Motors announced in June that it had selected the Strati as the winner of its 3D Printed Car Design Challenge. Italian Michele Anoé beat out 200 other submissions with his concept, which he called “simple and clean, with character.” Anoé received a $5,000 award along with an invitation to see the Strati 3D printed in person at the IMTS 2014.

Other automakers 3D print some parts for the cars that they produce, but none have 3D printed an entire car that Local Motors has. The Strati’s mechanical components — its suspension, wires, motor, and most importantly, its battery — were sourced from various suppliers. Most notably, its powertrain is from the Twizy, an electric compact two-passenger car made by the French automaker Renault.

Can you imagine a world where you can custom design your own car and have it 3D printed for you to your liking? Tell us what you think in the comments below.