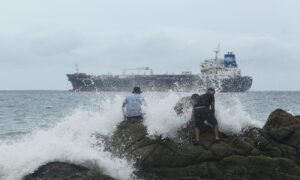 A fire at an oil refinery in Puerto La Cruz in Venezuela was being contained on Sunday after being started by lightning.

A lightning bolt set fire to a storage tank, according to Reuters.

No injuries were reported and fire personnel were fighting to contain it.

“Joint teams from PDVSA, the Anzoategui (state) government and firefighters are working to control the fire,” President Nicolas Maduro said on Twitter.

“I’m keeping myself in direct communication with the teams, and I appreciate the cooperation of the local communities.”