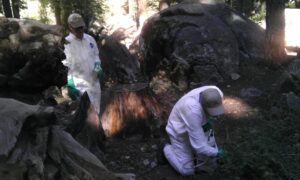 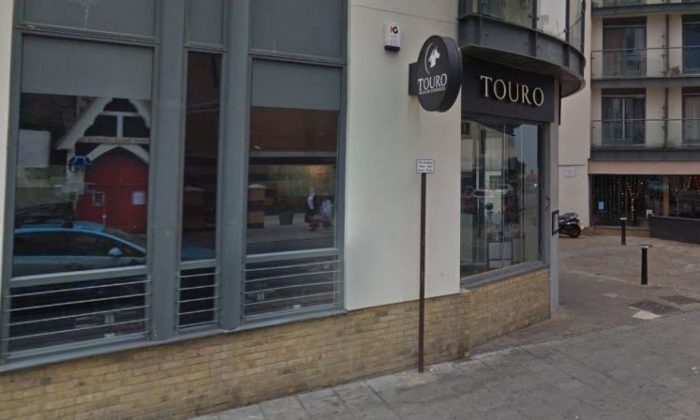 Vegan activists stormed into a steakhouse in the United Kingdom and played recordings of cows being slaughtered for meat, but diners rebuffed them, according to reports. (Google Street View)
US News

Vegan activists stormed into a steakhouse in the United Kingdom and played recordings of cows being slaughtered for meat, but diners were seen making fun of them, according to reports.

The mob is with the group Direct Action Everywhere— based in Berkeley, California— and who call for “total animal liberation.” The group has received heavy criticism for their tactics from other vegans and consumers alike, with the Director of Operations for Certified Humane, Mimi Stein, saying that the group “is attempting to undermine consumer confidence in products which are in fact ethically produced and businesses working in good faith to reinvigorate a very desirable traditional business model,” according to the Washington Post.

In the latest stunt, the group flashed anti-meat signs that read, “It’s not food, it’s violence” at the Touro Steakhouse in Brighton, England.

One of the activists also stated: “No good person could look into the eyes of an animal and think that a meal was more important than their suffering,” according to the Brighton Argus.

As one woman attempts to speak about the benefits of veganism, patrons begin mocking her with mooing noises while waiters argue with the protesters.

Some of the bemused diners in the video are seen smiling, and some are seen filming the group and continuing to eat.

Behind the camera, someone can be heard saying: “They’re letting us protest but they’re eating the flesh of animals in front of us,” Fox News reported, which added the protesters stayed in the steakhouse for about 20 minutes.

Our disruption last night in a Brighton Steakhouse.

As the protesters exited the establishment, diners chanted, “You’re not singing anymore.”

A police spokesperson in Sussex issued a statement: “We received a report of a protest by a group of 20 people at the Touro steakhouse in West Street, Brighton, on Saturday at 7:10 p.m. They were said to be animal rights activists.”

“Two police community support officers attended and found the group were protesting outside the restaurant,” police said. “They were not committing any offenses and were allowed the right to peaceful protest.”

Madsu Sudan Galtam, the manager of the restaurant, said the protest was “a bit annoying.”

“They came in and started shouting about animals and holding some signs,” he explained, reported the Brighton Argus. “They didn’t do anything aggressive but it was a bit annoying because it disrupted everyone.”

One of the activists wrote on Twitter that it was their “disruption last night in a Brighton Steakhouse,” which drew a significant amount of jokes and jeers. “I once loudly protested against a lion and lioness who were busily munching on a freshly killed gazelle. I yelled ‘What you’re doing is unnatural!’ They were not impressed,” said one commenter.

Asked another to the activist: “Where did the leather in your boots and shoes come from?”

“It is called FOOD! Tasty protein, delightful meat! We have an omnivorous digestive system, for both plants and animals. Everything nutritious had to be alive in order to give US life. Whether plant or animal, it is indeed ‘the circle of life’. Try science, it all makes sense,” said another person.