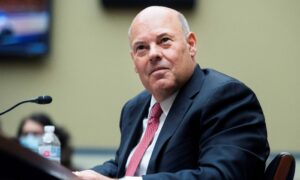 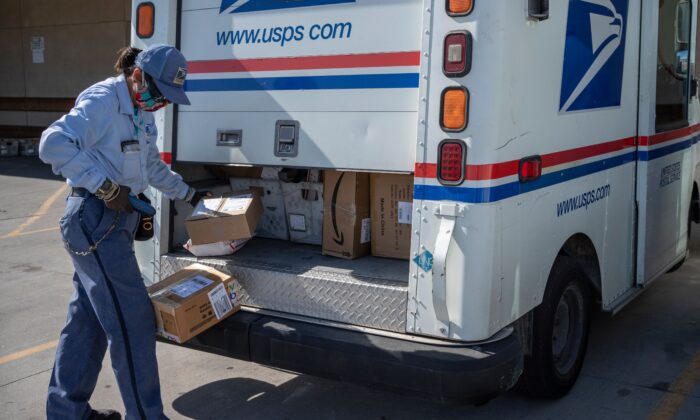 The U.S. Postal Service has ramped up on-time deliveries to nearly the levels seen before a dip in performance triggered by cost-saving measures enacted by Postmaster General Louis DeJoy, according to a report (pdf) ordered by Sen. Gary Peters (D-Mich.).

While denouncing DeJoy for ordering the cost-saving measures without considering the impact on the timeliness of mail delivery, the report shows that the percentage of first-class mail delivered on-time has rebounded and by early September was only 2.7 percent below the average levels seen before the start of DeJoy’s tenure.

Service performance returned to normal in the Northeast and nearly so in the Pacific area during the week of Aug. 29 to Sept. 4, according to the report. Service in other areas is still below the levels seen prior to the rollout of the cost-saving measures.

During the second week of August, the percentage of on-time deliveries dropped to 10 percent below average levels, resulting in 85 million late deliveries, the report found.

“The results of my investigation clearly show that Postmaster General DeJoy’s carelessly instituted operational changes to the Postal Service resulted in severe service impacts that harmed the lives and livelihoods of Michiganders and Americans,” Peters said in a statement.

“I have repeatedly made it clear to Mr. DeJoy, that his actions have had consequences for many of my constituents and people across the nation. My report shows his decisions were reckless and caused significant harm to the American people.”

While some of the cost-saving measures were already in motion prior to DeJoy’s arrival, he ordered trucks to run on schedule, which resulted in mail pile-ups as the rest of the system adjusted. On-time transportation had increased to 97 percent from 89 percent by late August, according to a fact sheet from the USPS.

“Getting trucks running on time created a temporary dip in delivery, which we previously acknowledged. That dip is now largely gone,” USPS spokesman David Partenheimer wrote in an email to The Epoch Times.

“By insisting that trucks run on time, we have now seen improvements in all categories of delivery,” he added. “We are taking the steps necessary to run a world-class, efficient, and effective logistics operation that delivers six days a week for the American people.”

Peters received more than 7,700 responses from USPS employees and people from across the country. Some of the responses from the mail workers contradict what the postal service told the Senate, including reports of reductions in overtime.

Democrats targeted the USPS for scrutiny after President Donald Trump and Attorney General William Barr criticized the prospect of a mass mail-in election. Part of Trump’s criticism focused on how the inefficiency of the USPS would throw the election into disarray.

The USPS, which says it has more than enough capacity to handle election mail, delivers 433 million pieces of mail every day. If every American voted by mail, the ballots would amount to roughly three-quarters of the volume of mail the USPS handles every day.

Some 100 million Americans will automatically receive ballots or ballot request forms for the 2020 election. Early voting has already begun in some states.