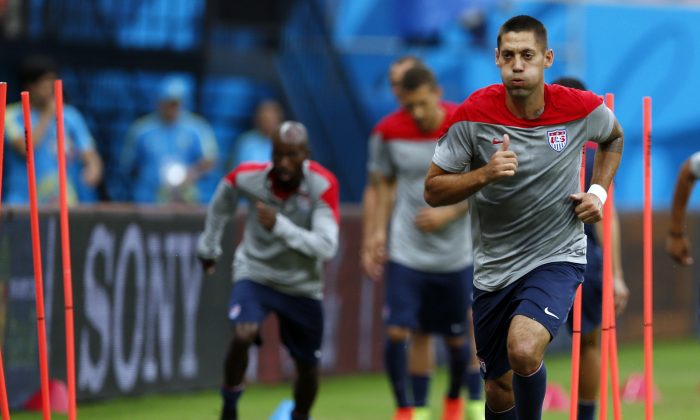 If you tuned in and were confused, you probably weren’t alone. The network has been advertising games as if they start when the pre-game coverage starts.

The network is basically trying to get viewers to tune in early, but American sports fans will be unfamiliar with this way of advertising as networks for other sports, such as basketball, clearly state when the pre-game coverage starts versus the actual game.

Instead of the usual 30 minute difference, the network was advertising 5 p.m. for the United States vs Portugal match on Sunday night.

The match actually kicks off at 6 p.m.

Ronaldo plays for Portugal against US at World Cup

MANAUS, Brazil—Cristiano Ronaldo will start for Portugal against the United States on Sunday in a crucial Group G match at the World Cup.

Ronaldo, who has been hampered by a left knee injury, has been training regularly with the team but wearing some wrapping just below his knee.

Portugal will be without usual starters Fabio Coentrao and Hugo Almeida, who are both injured and out of the World Cup. Pepe is suspended.

The United States will play Graham Zusi in a five-man midfield with Jozy Altidore out injured. Clint Dempsey will be the lone striker.

The U.S. would advance to the second round with a victory.