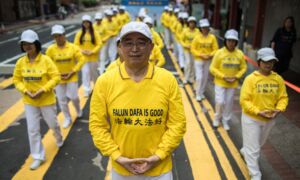 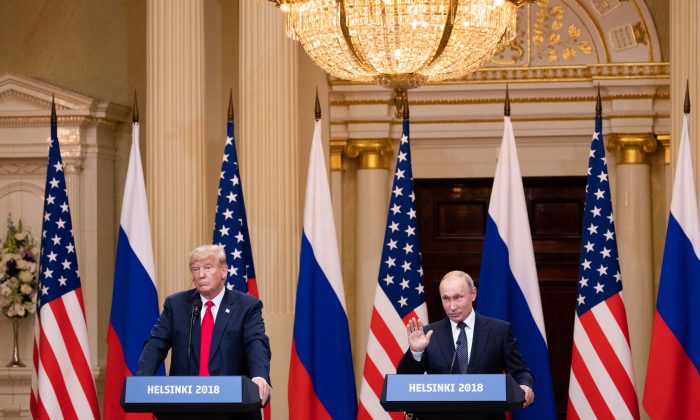 US to Withdraw From Open Skies Treaty; Trump Faults Russia

President Donald Trump confirmed the United States will leave the Open Skies Treaty, which was designed to reduce the risk of military errors that could lead to a war, saying that Russian violations prompted him to make the decision.

“Russia didn’t adhere to the treaty, so until they adhere, we will pull out,” Trump told reporters on May 21. But he added that the move will likely force Moscow to return to negotiation talks.

The treaty, which was signed in 1992 and has been in force since 2002, allows member states to conduct unarmed reconnaissance flights over each other’s countries to collect data on military activities.

“There’s a chance we may make a new agreement or do something to put that agreement back together,” Trump said. “I think what’s going to happen is we’re going to pull out and they’re going to come back and want to make a deal.”

Withdrawing from the Open Skies Treaty, Trump said, won’t increase tensions with Russia, adding that “we’re going to have a very good relationship.”

Previously, Trump said Russia has repeatedly violated the terms of the treaty, using the flights to identify critical U.S. infrastructure that could be targeted in an armed conflict.

Secretary of State Mike Pompeo said in a statement that the United States could reconsider if Russia complies with the treaty.

“This is not a story exclusive to just the Treaty on Open Skies, unfortunately, for Russia has been a serial violator of many of its arms control obligations and commitments,” Pompeo said on May 21.

Meanwhile, Russia hasn’t allowed access to observation flights along a 6-mile corridor around the Russian-occupied Georgian regions of Abkhazia and South Ossetia, he said, adding that this is a violation of the accord.

“Russia’s designation of an Open Skies refueling airfield in Crimea, Ukraine, is similarly an attempt to advance its claim of purported annexation of the peninsula, which the United States does not and will never accept,” Pompeo said. “Russia has also illegally placed a restriction on flight distance over Kaliningrad, despite the fact that this enclave has become the location of a significant military build-up that Russian officials have suggested includes short-range nuclear-tipped missiles targeting NATO.”

He and other U.S. officials have said that of the three dozen states who signed onto the treaty, “Russia alone” is responsible for the violations.

Supporters of the Open Skies Treaty say that if the United States were to pull out, it would embolden Russia into taking further military action.

“U.S. withdrawal would prevent the United States from overflying Russia but would leave Russia still able to overfly American military activities and installations in Europe. U.S. departure would also further weaken the international arms control architecture and be a further blow to any global sense of stability,” European military leaders wrote in a statement on May 12.

In recent years, the United States has withdrawn from other treaties with Russia, and there has been speculation that the United States could remove itself from New Strategic Arms Reduction Treaty, or New START, which limits the number of deployed nuclear weapons in Russia and in the United States.

It’s supposed to expire in February 2021, only a few weeks after the next U.S. presidential inauguration.

A Russian military plane reportedly flew over Chicago in August last year, while another reportedly was seen in the skies near Nevada’s Area 51, according to a report in April 2019.