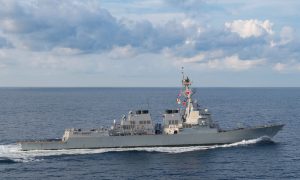 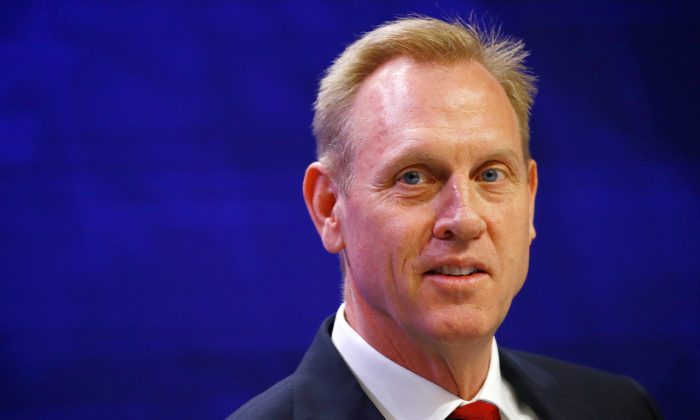 US Will No Longer ‘Tiptoe’ Around Chinese Regime’s Behavior in Asia, Acting Defense Chief Says

The United States will no longer “tiptoe” around Chinese regime’s behavior in Asia that has threatened stability in the region, acting U.S. Defense Secretary Patrick Shanahan said on June 1.

In his first major speech on the world stage, Shanahan did not directly name China when referring to “actors” destabilizing the region, but later said the United States would not ignore China’s behavior.

“Perhaps the greatest long-term threat to the vital interests of states across this region comes from actors who seek to undermine, rather than uphold, the rules-based international order,” Shanahan said at the annual Shangri-La Dialogue in Singapore, Asia’s biggest security gathering.

“If the trends in these behaviors continue, artificial features in the global commons could become tollbooths, sovereignty could become the purview of the powerful.”

Shanahan’s reference to artificial features was alluding to the military installations built by the Chinese regime on artificial islands and reefs in the South China Sea. The resource-rich waters are contested by several countries and is home to one of the world’s busiest shipping routes.

The acting defense secretary’s remarks come as tensions between United States and the Chinese Communist Party intensified in May. First, the U.S. administration increased tariffs to 25 percent from 10 percent on $200 billion worth of Chinese goods in response to the regime allegedly backtracking on key commitments negotiated over months of trade talks. Shortly after, the administration effectively banned Chinese telecom giant Huawei from doing business with U.S. firms on national security grounds.

“We’re not going to ignore Chinese behavior,” Shanahan said of the administration’s China policies. “I think in the past, people have kind of tiptoed around that. It’s not about being confrontational, it’s about being open and having a dialogue.”

Shanahan said that while the United States is willing to cooperate with the regime, and welcomes competition.

“Competition does not mean conflict,” he said. “Competition is not to be feared. We should welcome it, provided that everyone plays by internationally established rules.”

But he added: “Behavior that erodes other nations’ sovereignty and sows distrust of China‘s intentions must end.

“Until it does, we stand against a myopic, narrow, and parochial vision of the future, and we stand for the free and open order that has benefited us all—including China.”

When Shanahan took the reins of acting defense secretary in January, he told Pentagon officials that the department’s focus was “China, China, China.”

The White House said last month that it plans to nominate Shanahan as defense secretary, which would have to be confirmed by the Senate.

Shanahan also restated the United States’ strong concerns over Huawei, saying that the company is “too close to the Chinese government.”

“That’s too much risk for the department,” he said. “You can’t trust that those networks are going to be protected.”

U.S. officials, lawmakers, and experts have repeatedly warned that Huawei’s equipment could be used by Beijing for spying or disrupt communication networks. Such concerns stem from the company’s close ties to the communist regime, as well as several security-related laws that compel companies in China to cooperate and share information with Chinese authorities when asked.

The acting secretary said the administration was committed to the Indo-Pacific region, calling the area the United States’ “priority theater.”