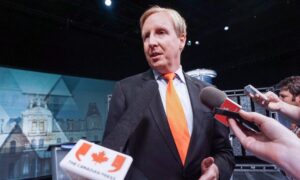 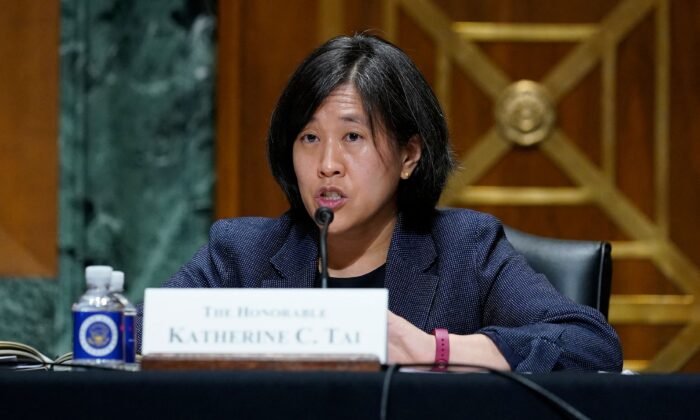 US, Taiwan Revive Trade Talks Despite Objections From Beijing

WASHINGTON—The United States and Taiwan on June 29 resumed trade talks after five years, a move that has angered the communist regime in Beijing, which claims sovereignty over the liberal democratic island.

Discussions reopened on the Trade and Investment Framework Agreement (TIFA), which was stalled in 2016. At the virtual meeting, U.S. and Taiwanese officials pledged to deepen the trade and investment relationship.

The Office of the U.S. Trade Representative, which led the talks, said in a statement that the two sides discussed a wide range of issues, including creating resilient supply chains and combating forced labor and climate change.

“We expressed to the U.S. that Taiwan hopes to sign a trade agreement,” he told reporters. “We believe that if we continue to work hard, we will achieve our goal one day.”

While the U.S. trade agency pledged to intensify engagement with Taiwan and agreed to hold working-level meetings going forward, it avoided mentioning negotiations on a comprehensive free trade deal.

“At the TIFA Council meeting, U.S. officials emphasized the importance of the U.S.–Taiwan trade and investment relationship, and expressed a desire for stronger and more consistent engagement going forward,” the USTR statement reads.

A global computer chip shortage has boosted the economic and strategic importance of Taiwan recently, as the self-governed island is home to some of the world’s largest and most advanced chip manufacturers.

“After almost five years of no talks, it’s important to get back to the negotiating table to address market access barriers and new challenges,” Rupert Hammond-Chambers, president of the U.S.–Taiwan Business Council, told The Epoch Times.

“That said, this platform is modest so I’m loath to take breadcrumbs and call it a banquet. Substantial market barriers in investment and taxation, for example, need to be resolved in broader agreements.”

According to Hammond-Chambers, investment and tax are key areas that inhibit the free flow of goods and services between the United States and Taiwan.

A bipartisan group of 42 U.S. senators sent a letter this week to U.S. Trade Representative Katherine Tai, urging her to reconvene trade agreement talks with Taipei.

“We respectfully request that you prioritize these talks and take steps to begin laying the groundwork for negotiation of a free trade agreement (FTA), or other preliminary agreement, with Taiwan,” the senators wrote in the letter.

In August 2020, Taiwan President Tsai Ing-wen announced the lifting of import restrictions on U.S. beef and pork, which had been a major obstacle to a trade deal.

Last year, Krach played a crucial role in the warming of relations with Taipei under the Trump administration. He led a delegation to Taiwan, becoming the highest-ranking State Department official to visit the island in decades.

Prior to the bilateral meeting this week, Beijing urged the United States to stop all forms of official exchange with Taiwan.

In response, White House press secretary Jen Psaki said “our support for Taiwan is rock solid,” during a press conference on June 28.

“Taiwan is a leading democracy and major economy and a security partner. And we will continue to strengthen our relationship across all areas,” she said, noting that China “has taken increasingly coercive action to undercut democracy in Taiwan.”