US Stands With Australia After Threats of Economic Retaliation From Beijing

'We greatly underestimated the degree to which Beijing is ideologically hostile to free nations,' says Pompeo
By Victoria Kelly-Clark

U.S. Secretary of State Mike Pompeo has denounced the Chinese regime’s hostility towards Australia and said the world now has a “more realistic understanding” on the “nature of the regime” after Beijing’s lack of transparency surrounding the CCP virus, commonly known as the novel coronavirus virus.

Speaking at a State Department press briefing on May 20, Pompeo said: “The Chinese Communist Party (CCP) chose to threaten Australia with economic retribution for the simple act of asking for an independent inquiry into the origins of the virus.”

“It’s not right,” he continued.

Declaring America’s support for Australia in the face of the CCP’s bullying, Pompeo said: “We stand with Australia and the more than 120 nations now who have taken up the American call for an inquiry into the origins of the virus, so we can understand what went wrong and save lives now, and in the future.”

Australia’s Prime Minister Scott Morrison has chosen not to approach Beijing’s recent sanctions on Australian beef and barley as retaliatory actions for Australia’s call for an independent investigation into the origins of the CCP virus, adding that he would be disappointed with China if this was the case.

“We’ll work those trading relationships. But what we will never do is trade away our values,” he said on May 14.

Australia’s federal trade minister Simon Birmingham said that the Morrison government will not engage in an economic war with Beijing despite the regime’s “wolf warrior” diplomatic tactics towards Australia.

Birmingham told reporters on May 19 that Australia’s trade policy is based on the international rules on trade and the government would not be putting tariffs on Chinese goods because, “We don’t conduct our trade policy on a tit for tat basis.”

“It’s quite inappropriate. In the end, we want China to participate and cooperate with these inquiries as much as we want the rest of the world too,” he told Channel 7.

“For several decades, we thought the regime would become more like us … That didn’t happen. We greatly underestimated the degree to which Beijing is ideologically hostile to free nations,” he said.

As a result of the pandemic, “the world is waking up to that fact,” he said, adding that the virus has “accelerated a more realistic understanding of communist China.”

The secretary of state continued by saying despite the CCP’s efforts to positively advertise its contributions to fighting the pandemic, these were “paltry compared to the cost” to the world as a result of the regime’s cover-up of the pandemic.

“As we all sit here this morning, Beijing continues to deny investigators access to relevant facilities, to withhold live virus samples, to censor discussion of the pandemic within China, and much, much more,” he said. 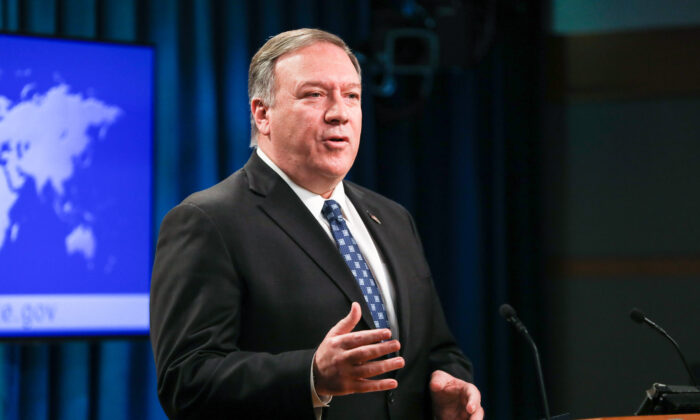